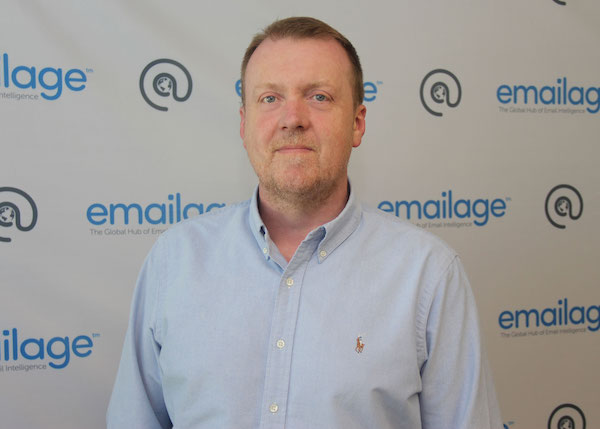 Chris Thomas, Emailage: criminal gangs share intelligence all the time, to counter that the industry needs to do the same

The pending takeover of Emailage by LexisNexis “kind of dominates the news” in terms of what’s happened at Emailage since it won the Best E-Commerce Initiative award at the PayTech Awards last year, says EMEA MD, Chris Thomas.

Emailage is a specialist in email intelligence-based fraud risk scoring solutions. It was founded in 2012 and is based in Chandler, Arizona. It has a long-standing relationship with its acquirer, with Emailage’s functionality embedded in some of LexisNexis’ offerings, “which numerous clients have taken advantage of”, says Thomas.

Emailage uses the email address as the core data element for its predictive fraud risk scoring. To this it connects other data elements such as name, address, phone, IP and device. With the combined data, it cross-validates the email history and patterns of millions of emails, creating a picture of how a real email behaves.

Taken together, this process gives an holistic view of whether the person behind a transaction is who they claim to be. As this data evolves, emails that lack salient pieces of information (or where the identity doesn’t add up) can be identified.

There are a number of advantages of email for fraud detection. It is a unique piece of data, says Thomas, cost-effective and “sticky”, in that people don’t often change it. Emailage initially started with technology to tell the age of an email address – if an address has been around for, say, six years, it is less likely to be used for fraud that one that’s been around for six days. The industry then sort of moved into Emailage’s space, with the email address becoming ever more a part of security, whether logging into a bank or utility company, for social media or for online shopping.

Emailage claims its technology significantly enhances the hit rates in cases such as card-not-present fraud, chargebacks and synthetic ID fraud in a scalable manner. Where an email address is used once for fraud, it can be reported to Emailage’s global community, which can use that intelligence. “Criminal gangs share intelligence all the time, to counter that the industry needs to do the same,” says Thomas.

Fraudsters are becoming ever more advanced, says Thomas. He feels the evolution of criminal activity is on an unprecedented scale, as reflected in the dollar value of the losses, which run into hundreds of billions or, according to some analysts, trillions. “It has become a technology war… criminal entities run as a business and are very effective in what they do.”

Those criminals are not hindered by rules and legislation. Since GDPR, for instance, multiple companies have held off implementing measures for fraud protection because they are concerned about being in breach of the legislation, he says – legislation which, ironically, is meant to better protect people. “Criminals don’t have that frustration.” They move swiftly, as seen in the spam emails purporting to come from the UK’s HMRC with regards coronavirus.

There are also issues with PSD2. New authentication requirements of PSD2 add friction to the customer experience leading to increased cart abandonment. And while there are clear guidelines about the frameworks that companies need to put in place to protect consumer payments, “criminal gangs have already found ways to circumvent that technology”. Multiple measures are important, otherwise Thomas likens it to putting a single lock on a door.

What is in store with regards the takeover, which should be finalised this quarter? This is not the first acquisition of a LexisNexis partner by its parent, RELX. In 2018, it bought California-based authentication and fraud prevention company, ThreatMatrix, with this company’s device intelligence solutions brought into LexisNexis’ Risk Defense Platform. Emailage’s long-standing contributory network database will enhance LexisNexis’ Digital Identity Network, which analyses an average of 39.9 billion transactions per year.

Emailage has a range of partnerships across numerous sectors, says Thomas, with its technology often a part of their fraud and risk frameworks. This allows customers to easily incorporate the functionality via the third-party platforms, he says. LexisNexis is “relatively agnostic” to quite a lot of vendors, he adds, so he doesn’t foresee the takeover causing too many issues.