Chipper Cash has landed $13.8 million in a Series A funding round co-led by Californian investor Deciens Capital and Boston-based Raptor Group. 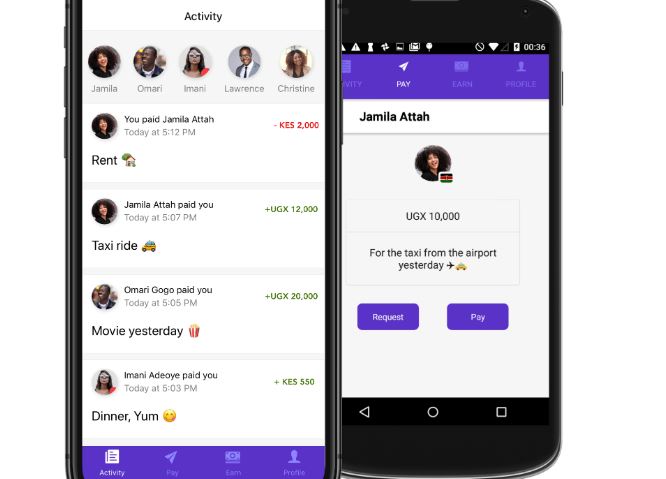 The San Francisco-based, no-fee, peer-to-peer (P2P), cross-border paytech, which operates across seven African countries, intends to use the fresh capital to grow its team by 30. It will begin hiring across its operations in San Francisco, Lagos, London, Nairobi and New York.

The P2P payments provider serves users in Ghana, Uganda, Nigeria, Tanzania, Rwanda, South Africa and Kenya. Since launching in 2018, it says it has grown its user base to more than 1.5 million users.

Liquid 2 Ventures and 500 Startups, also participated in the fintech’s most recent Series A. The start-up has raised $22 million in total to-date.

Founded by Ugandan Ham Serunjogi and Ghanaian Maijid Moujaled, Chipper Cash came into being after the two worked at Big Techs in Silicon Valley – Serunjogi at Facebook, and Moujaled at Flickr and Yahoo.

Serunjogi told TechCrunch that Chipper Cash is “doing over $100 million a month in volume”. As well as its P2P app, the start-up also offers Chipper Checkout, a fee-based merchant mobile payment product which allows the fintech to offer its P2P service for free.

As well as funding expansion of its operations, the start-up will use the capital to form the ‘Chipper Fund for Black Lives’.

“We’ve been huge beneficiaries of the generosity and openness of this country and its entrepreneurial spirit,” Serunjogi tells TechCrunch. “But growing up in Africa, we were able to navigate [the US] without the traumas and baggage our African American friends have gone through living in America.”

The fund will give between five to 10 grants of $5,000-$10,000 to “people or causes who are furthering social justice reforms,” says Serunjogi.

Chipper Cash has also appointed a new compliance officer, Lisa Dawson, a former employee of the US Department of Treasury’s Financial Crimes Enforcement Network and Citigroup.

“You know in the world we live in, the anti-money laundering (AML) side is very important, so it’s an area that we want to invest in from the get-go,” says Serunjogi.