Assicurazioni Generali, the third-largest insurance firm in the world, is eyeing up an acquisition of US-based Brightsphere Investment Group. 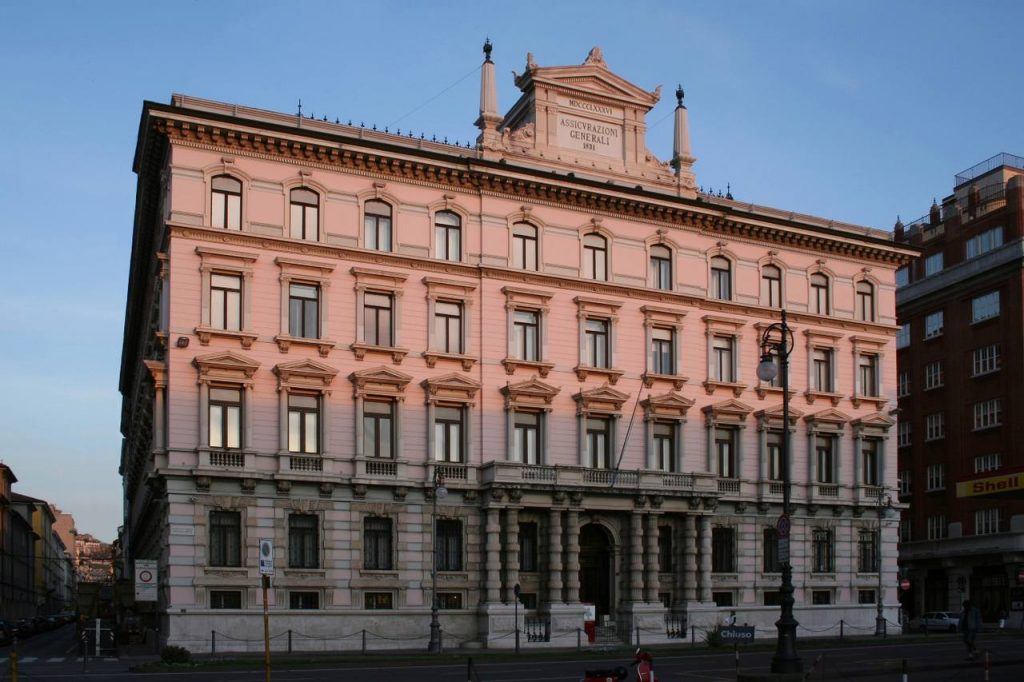 The Generali headquarters in Trieste

According to Reuters sources, Generali is looking to expand its presence stateside. Meanwhile majority shareholder in Brightsphere, Paulson & Co, is aiming to cash out.

Founded in 1831, the insurance firm holds around €630 billion in assets under management. Despite this it’s unknown whether the Italian firm will be able to meet Brightsphere’s valutation.

Shares in the US asset manager rose by as much as 25% as the news broke last week, setting a valuation of $1 billion.

Generali is putting aside as much as €4 billion to fund acquisitions in a three-year strategic plan revealed back in 2018.

Philippe Donnet, chief executive of the insurance giant, said earlier this year that the US and Asia were prime targets.

Its United States operations are concentrated in financial products management.

The insurance giant once held minority holdings in a collection of banks, including Banca Intesa and Banca Nazionale del Lavoro.

It has operated its own wealth management firm, Banca Generali, since 1998.