illimity, a Milan-based neobank which emerged out of the merger between Spaxs and Banca Interprovinciale, has switched on its open banking platform and welcomes its first two third party partners – fitness tracker Fitbit and electronic scooter-sharing firm MiMoto. 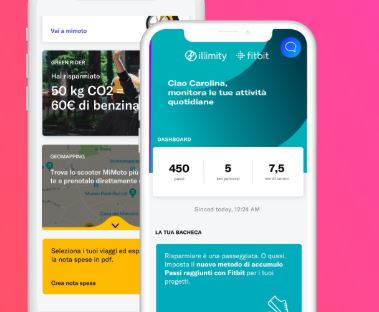 Following its launch to market just nine months ago, the start-up has opened its ‘illimity Hubs’ platform to boost open banking adoption in the region.

The fintech says it wants to go “beyond the traditional partnership model” and promote “a cross-industry perspective” which gives users access to partner services beyond the financial sector.

Its partnership with Fitbit will allow users to create spending plans linked to the steps they take, with number of steps correlating to certain products or personal targets.

“From today onwards, anyone owning a Fitbit will be able convert their steps into spending plans, meaning that they will be able to keep fit while at the same time purchasing what they desire,” says Fitbit’s regional director for southern Europe Giovanni Bergamaschi.

Whilst the partnership with MiMoto will allow illimity customers to hire a scooter using its geomapping function, obtain expense reports for their journeys, and even acquire one of MiMoto’s first co-branded electronic debit cards exclusively for scooter ride purchases.

The bank says the platform’s partners and services will be under “constant evolution”, with new partnerships continuing to be based on users’ “specific interests and objectives”.

Initially only available for the partners’ customers opening new illimity accounts, the bank says all illimity customers will have access to the platform by July.

Founded in 2018 by Corrado Passera, who led the project to launch illimity in under a year, the start-up has since gained backing from NPL lordi.