Is Monzo’s 40% drop in valuation a sign of things to come for tech start-ups?

London-based digital bank, Monzo, is set to be the next fintech company facing the fallout from the coronavirus pandemic as investor interest has dampened across various industries over the past few months.

According to sources close to the raise, Monzo is set to close its latest round of funding at around a £1.25 billion valuation, which falls considerably short of the £2 billion secured at the conclusion of its last funding round in June of last year. 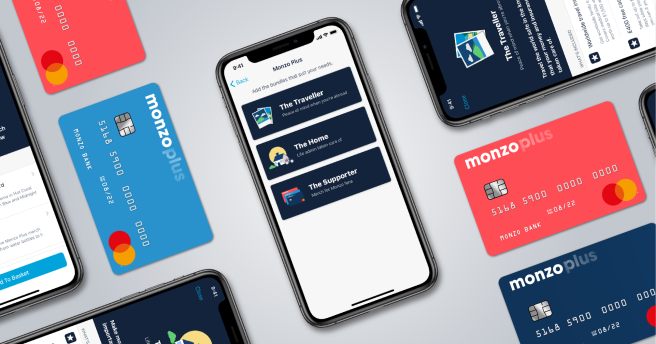 Investors in the company believe the drop is nothing more than a minor blip.

This drop of almost 40% only highlights the effect that the coronavirus pandemic is having on unlisted tech valuations, with venture capital funds showing extreme caution when considering backing companies operating at a loss.

A simple blip in the grand scheme of things?

While many will look at this down round for Monzo and reach for the alarm, investors in the company believe the drop is nothing more than a minor blip and is certainly not indicative of Monzo’s future.

One investor who wished to remain anonymous claimed that: it’s not ideal, but it’s also not surprising — nobody is paying silly money in this climate”.

By “this climate,” they, of course, mean the COVID-19 pandemic that is forcing not only private consumer fintechs to reassess their valuations, but startups and companies across all sectors.

It’s been claimed that fintech unicorns could see around 15% wiped from their valuations on average. Judging by recent news emerging from the space, I’d consider that an optimistic viewpoint.

N26 managed to maintain its $3.5bn valuation, but could it be among the last?

N26, a German digital bank, managed to maintain its valuation of $3.5 billion earlier this month, but it appears they may have managed to get in before the bell, so to speak.

It wasn’t that long ago that N26 was pulling out of the UK market after finding itself unable to compete with local startups, including Monzo.

While enticing new investors on board was the initial idea behind the Monzo funding round, it appears they will be forced to rely on existing investors for the time being.

Among those include UK-based Passion Capital, and US venture capital firms Goodwater Capital, Accel, and Y Combinator Continuity.

Monzo and its investors are putting on a brave front

While the drop in valuation is undoubtedly proving tough to take, some investors are remaining upbeat to a degree, with one claiming that “It’s tough on teams, it’s tough on morale. But we have seen companies do down or flat rounds that go on to do great things. Uber famously had a round that was a flat round, and people expressed their dismay with comments like: “oh no, this is the end of Uber!”. Looking back on it, the folks that participated in that round did very well.

Brave front or not, Monzo seems to be tackling the issue head-on with the implementation of various cost-cutting exercises, including the chief executive, Tom Blomfield, foregoing his salary for a year, some staff being furloughed, 120 UK staff made redundant and an office in the US closed.

Despite these measures, the company is still pressing on with its application for a US banking licence, and the launch of its business banking service.

Reports are that Monzo is still bringing in around 50,000 new accounts per month, so it’s not all doom and gloom.

What has become clear is that the landscape for tech startups has changed, and those companies that can adapt and provide would-be investors with the confidence in their service are the startups that will thrive in the years to come.