UK’s financial regulator is to ban the marketing of high-risk “mini bonds” to retail investors permanently, after nearly 12,000 pensioners and small savers lost £236 million in the collapse of London Capital and Finance.

On 16 June, the Financial Conduct Authority (FCA) said it would fully implement the temporary prohibition it introduced in January — and extend it to other speculative investments that are hard to trade. 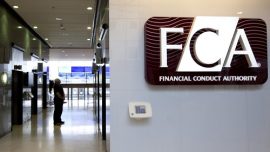 The FCA will extend it to other speculative investments that are hard to trade.

Mini bonds are loans to small businesses that became popular with private investors as they often promised high rates of interest to compensate for the risk involved. However, while these returns attracted thousands of savers in a low interest-rate environment, the bonds themselves were not regulated by the FCA — only their marketing, or the provision of advice on them.

As a result, the collapse of LCF in January 2019 left most of the 11,600 people who bought its mini bonds without advice unable to claim compensation. They must wait to see whether a report into the FCA’s role prompts the government to act or justifies legal claims.

Announcing the permanent marketing ban, Sheldon Mills, interim executive director of strategy and competition at the FCA, says: “We know that investing in these types of products can lead to unexpected and significant losses for investors…by making the ban permanent we aim to prevent people investing in complex, high-risk products which are often designed to be hard to understand.”

Under the ban, retail investors may not be offered unlisted bonds that are used to fund a third-party business, to buy or acquire other investments, or to buy or fund the construction of property. Unlike listed bonds, these types of investment are not traded on an exchange, making it difficult or impossible for investors to sell up.

“People are desperately hunting for something with a better return than cash, but they were so keen to steer clear of risk that over 60,000 ran straight into a mini bond mantrap,” says Sarah Coles, an analyst at the firm.

“It was vital for the FCA to step in to protect us from ourselves. These specific kinds of mini bonds are constructed in a way that makes them particularly toxic: they’re fiendishly complicated, so investors struggle to understand the risks involved.”

A study by the FCA and Warwick Business School, published alongside news of the marketing ban, found consumers may have wrongly perceived mini bonds to be lower risk than tradeable shares in an individual savings account. It also said a new risk warning would improve investors’ understanding of the chance of losing money.

Mini bonds — and some high risk listed bonds — may be promoted only to investors that are classified as “sophisticated or high net worth”, the regulator says.

“The new rules will also apply to certain types of listed bonds on the basis that they have the same speculative features,” says Sam Robinson, a financial services partner with law firm CMS.