However, as our article explained, users of Libra 1.0 would have faced significant tax compliance and potential tax cost if they had used it as intended.

The tax problems at the heart of Libra 1.0 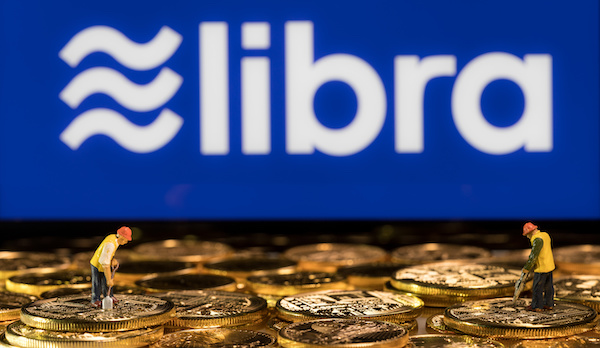 The tax problems with this proposal identified in our client briefing on Libra 1.0 remain unresolved

Libra 1.0 proposed that the value of a “Libra” would have automatically tracked the value of a weighted basket of fiat currencies.  In our last article on Tax Problems with Libra 1.0, we identified that this would have created significant tax issues for consumers and businesses, since the value of a Libra against any single particular fiat currency would inevitably have fluctuated over time. This would have meant that a consumer or business would make a capital gain or loss every time they transacted using Libra.

Any gains would likely have been taxable, creating a potential cash tax cost at the worst, and compliance headaches at the least.  We also expected that the Libra Association would be required to report on its users’ activities, meaning that tax authorities would ultimately have oversight of any capital gains made.

In our last article, we suggested a range of potential solutions which could help to solve the tax issues which arose on the Libra 1.0 proposal.  One of our suggestions, headed “a more fundamental solution”, was that Libra might instead operate in a way which reflects a single fiat currency rather than as a free-standing multi-currency coin:

“Libra could change so that, instead of being a new currency, it is essentially an e-wallet system. A UK consumer spends £50 to buy £50 of Libra, and spends £ in UK stores. A French consumer spends €50 to buy €50 of Libra, and spends on the euro in eurozone stores. And so on. When spending in a different currency FX conversions are made instantaneously at the point of transacting. The tax complexities melt away; but so does the uniqueness of the proposition – and this would amount to a significant reversal from what has been announced.”

The Libra Association published version 2.0 of its White Paper (Libra 2.0) in April, which is designed to address many of the concerns expressed by regulators on the original proposal.  It is, in many respects, less ambitious, while in other respects more ambitious, than the Libra 1.0 proposal.  At its heart is a move away from a multi-currency coin model and a move towards a series of coins ultimately backed by, and reflecting, specific fiat currencies.

While Libra 1.0 envisaged one single multi-currency cryptocurrency, Libra 2.0 envisages a series of Libra stablecoins tracking the value of (and backed by) fiat currencies. As the White Paper describes it:

“We are therefore augmenting the Libra network by including single-currency stablecoins in addition to ≋LBR, initially starting with some of the currencies in the proposed ≋LBR basket (e.g., LibraUSD or ≋USD, LibraEUR or ≋EUR, LibraGBP or ≋GBP, LibraSGD or ≋SGD). This will allow people and businesses in the regions whose local currencies have single-currency stablecoins on the Libra network to directly access a stablecoin in their currency.”

That said, this relies on a rather large assumption – that 1 LibraGBP will always be valued at 1 pound sterling. That may well be the case if the Libra Association/Facebook operate an fully-backed exchange through which any user can buy or sell 1 LibraGBP for 1 pound sterling at any time. However, if there is to be no such exchange mechanism, then the experience of other stablecoins is that their value has not tended to accurately track the value of their underlying reference asset– e.g. the value of 1 USD Tether (USDT) has fluctuated both above and below 1 US dollar throughout its history.

If the value of a LibraGBP fluctuates in GBP terms, then the potential for taxable capital gains and losses to be made would remain a significant obstacle to its widespread adoption.  It might be said that if a LibraGBP remains worth roughly – if not exactly – 1 pound sterling, then any capital gains would likely be fairly small for most consumers, meaning that the aggregate of any annual gains would typically fall within a user’s annual allowance for capital gains. However, that is not a complete (or a particularly satisfactory) answer, since this does not remove the hassle or complexity of computing those gains/losses on each transaction; and consumers who have already used up their annual allowance for tax-free gains (because they have made other disposals in that tax year) would still potentially suffer a cash tax liability.

Consumers and businesses transacting in non-native LBR stablecoins (e.g. UK consumers transacting in LibraUSD or LibraSGD) would also be subject to capital gains rules on their transactions, although this is perhaps less objectionable as that tax treatment would likely be very similar to that which would have resulted if those users had transacted in US dollar or SGD directly (save that any “foreign currency”-related exemptions would be unlikely to apply to transactions in Libra stablecoins).

Moreover, the proposal for a multi-currency-backed stablecoin and the tax problems we previously identified with such a coin, have not disappeared entirely.  The White Paper still envisages a multi-currency coin, albeit one in a different form:

The tax problems with this proposal identified in our last article and our client briefing on Libra 1.0 remain unresolved – the value of a multi-currency LBR will inevitably fluctuate against GBP sterling in GBP terms, and users transacting in multi-currency LBR will be exposed to the same tax risks as we identified on the Libra 1.0 proposal.  It might be expected that most consumers and businesses would prefer the relative stability of transacting in their native Libra stablecoin, and so the multi-currency coin is unlikely to be used to transact often in practice.  But that still does not solve the problems for users who do decide to transact in multi-currency LBR; nor does it solve the problems for users in countries without a native LBR stablecoin (who, if they use Libra, will be forced to use either the multi-currency coin or a non-native Libra stablecoin – either of which could result in capital gains liabilities).

While the Libra 2.0 proposals can be expected to dampen the impact of capital gains rules applying to users’ transactions, we continue to question how many consumers will be willing to deal with a new level of tax compliance, and face potential tax liability, in order to use Libra. It is disappointing that version 2.0 of the White Paper – which does not even include the word “tax” – does not seek to address these difficulties at all.