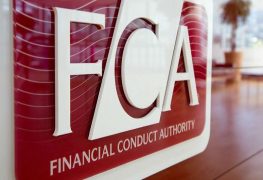 The FCA fine could have been £54m

The FCA adds that the weaknesses persisted during a time where the watchdog was publishing guidance on steps firms could take to reduce financial crime risks.

“Despite these clear warnings,” the FCA writes. “The failures continued.”

According to a filing from the regulator, Commerzbank London failed to conduct timely periodic due diligence on its clients, which resulted in “a significant number of existing clients” not being checked.

1,772 clients were overdue updated due diligence checks. Some of these clients were able to continue banking with the London branch.

On top of this, the FCA alleges that in 2015 Commerzbank identified that 40 high-risk countries were missing from its transaction monitoring tools, and 1,110 high-risk clients had not been added at all.

Since the periods cited, the FCA says the bank has “undertaken a significant remediation exercise to bring its AML controls into compliance”.

It adds that a representative has been testing the effectiveness of these enhancements, which has been completed.

Commerzbank London agreed to resolve the matter at an early stage of the investigation and therefore qualified for a 30% discount on its £54 million fine.