Be Money is set to become the first LGBT+ challenger bank in the US, looking to tap the 11 million people living in America’s queer community.

Currently in the swings of its pre-seed round, the start-up is planning to set up shop in Los Angeles, where there is a high density of LGBT+ consumers, and access to plenty of LGBT+-owned businesses.

California is one of the largest states, by both population – roughly four million – and economy, to formally include LGBT+-owned businesses in its contract procurement. Nationally, certified LGBT+ businesses contribute around $1.7 trillion to the US economy, according to the National LGBT Chamber of Commerce (NGLCC).

“Banks are geared towards a cis-gender, heterosexual offering,” co-founder and chief product officer (CPO) Rob Curtis tells FinTech Futures, calling the underserved LGBT+ community in the US “a market with a huge number of opportunities” when it comes to banking services.

Yet to unveil its full offering, the start-up has announced a few of its features – including a wealth builder, an in-built charity donation platform so users can re-invest back into the LGBT+ community, and a feature where users can get peer-to-peer (P2P) advice from LGBT+ advisors on money issues specific to their personal experiences.

Back in November, FinTech Futures covered the beta launch of the only other LGBT+ challenger bank on the market – Pride Bank in Brazil – which offers a digital account and a prepaid international credit card.

Curtis says that a third of America’s LGBT+ community feel they can rely on friends and family for financial support, but once they come out that number drops to 20%. And according to Forbes, the average LGBT+ family has a student loan debt of $73,668 – 85% higher than all American families – and on average $12,085 in credit card debt, which is 16% higher than all American families.

But despite this, a 2018 Prudential study found upwards of half of the LGBT+ community still do not use banking products. “These are systemic issues,” says Curtis. “It takes more than just sticking a rainbow on a card to serve this community.” 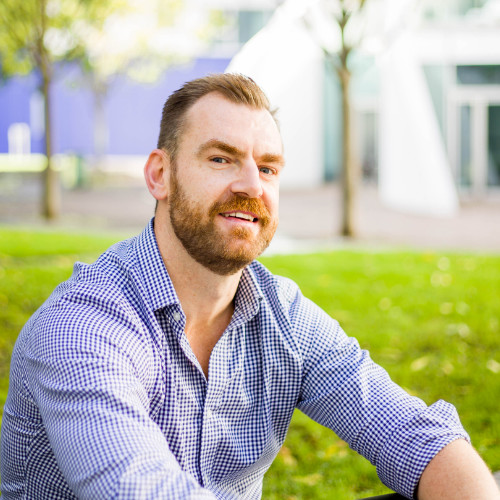 The co-founder says in 2020 LGBT+ consumers are developing “less of a victim mindset, and more of an empowerment mindset”. “They have life goals and banking needs, and they want people to recognise these may be different from what the masses have,” adds Curtis.

Surrogacy – which can LGBT+ families more than $100,000 – and getting a mortgage – which has been proven to be considerably harder if you’re a same-sex couple – are big financial sticking points for the LGBT+ community.

Read more: Gay is for life, not just for June

Be Money will be entering the US banking market in partnership with an unnamed banking-as-a-service (BaaS) provider to ensure all deposits are FDIC-insured. “I believe in move fast and innovate, rather than move fast and break things,” says Curtis.

The start-up will have multiple revenue streams which do not hinge singularly on interchange fees, but it is yet to announce what these will be. Its donation platform is informed by statistics which show the US has been the most charitable country in the world for the last decade, according to MarketWatch, and that even during the coronavirus many LGBT+ people are still supporting underprivileged parts of the community who have been disproportionately affected.

Before Be Money, Curtis spent time as a city banker, before becoming managing director at Gaydar – a dating and social platform with 1.5 million users. He then went on to create a mental health business, which received backing from Bethnal Green Ventures. Fellow co-founder Matej Ftacnik is the chief experience officer (CXO) at Vacuumlabs, an engineering start-up based in Bratislava, Slovakia, which builds fintech products for tier one banks.

Whilst Curtis recognises that the tides are changing for the LGBT+ community, he also points out that progress is slow – it was only last week that the US decided you could no longer legally be fired for being gay or transgender.

The expansion of formal protections for LGBT+ workers at the federal level is welcome news for the community, but as Curtis and plenty of researchers continue to point out, America’s gay citizens are still significantly underserved compared to America’s society as a whole, and a lot of this inequality still lies in the country’s financial services system.