Monzo has appointed banking veteran, Dave Laramy, as a new vice president and head of its global financial crime unit.

Laramy comes with more than 17 years banking experience from Barclays, Santander and US bank Capital One, and is also an advisory board member at Cifas, a non-profit fraud prevention body. 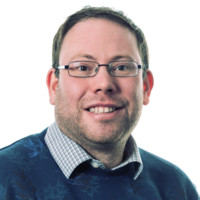 During coronavirus, banks have been put on high alert for frauds and scams which have tried to take advantage of the current crisis, making Laramy’s entrance timely.

The UK challenger bank’s latest executive appointment follows that of Sujata Bhatia just last week, who is Monzo’s chief operations officer (COO). Bhatia had spent almost 16 years at American Express prior to joining Monzo, most recently as the US card giant’s executive for Europe.

In the last year, Monzo has also landed Lisa Nowell as its chief risk officer (CRO). Now eight months into her role, Nowell had come with years of experience from Nationwide, Royal Bank of Scotland and Barclays.

But whilst the bank has just hired two new executives, it has also been forced to accept up to 295 furlough applications for some of its 1,500 employees, according to TechCrunch.

CEO Tom Blomfield is also forgoing a salary for the next 12 months, with the rest of the senior management team agreeing to a 25% reduction in their salaries.