Almost half of the world’s major markets saw an increase in the use of ATMs over 2019, despite the global push towards cashless payments which has intensified due to the coronavirus outbreak in recent months.

China was the main driver for a decrease in ATM usage globally with a fall of 30,000 machines. But once China is taken out of the equation, a report by Retail Banking Research (RBR) shows 15,000 more ATMs were in operation at the end of 2019 compared to a year earlier. 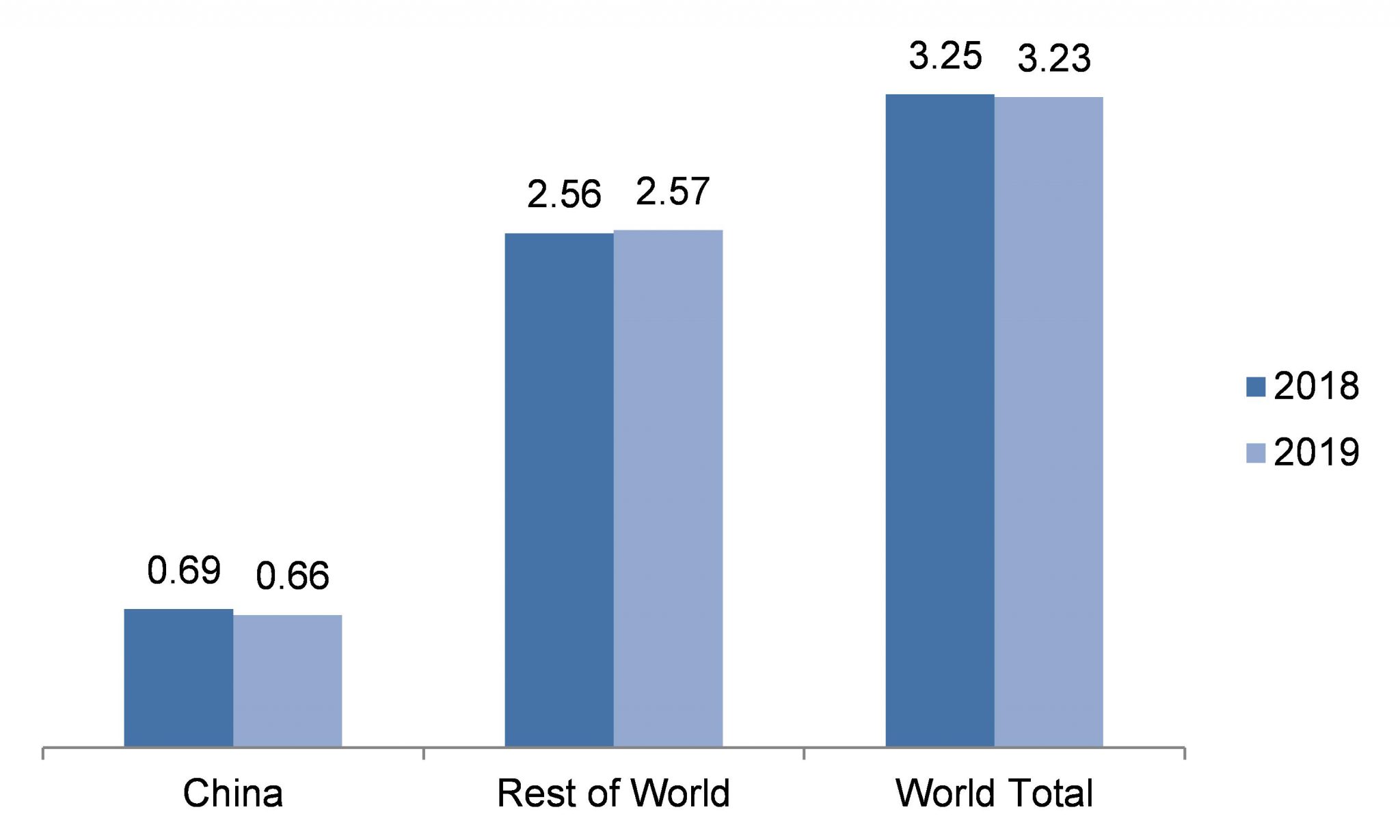 The biggest rise was seen in India, which experienced its fastest growth since 2016, adding more than 7,000 machines.

India’s Independent ATM deployers (IADs) installed three times the number of ATMs over 2019 compared to banks, suggesting the growth is in part down to financial inclusion efforts by non-bank institutions attempting to tap consumers in rural areas.

Egypt also saw an increase of 11% in its number of ATMs. Like India, Egypt holds a large unbanked population.

“This pattern of ATMs as a tool to bring financial services to new customers is playing out in markets across Asia-Pacific, the Middle East and Africa, and also Latin America, often spurred on and supported by national banking authorities,” the report says.

RBR acknowledges that the coronavirus outbreak will lead to a “temporary drop” in ATM numbers for 2020, but that between now and 2025, “most countries should still see ATM numbers going up”.

Read more: Contactless payments are up but UK still withdrawing £1bn a week from ATMs “With banks less willing than before to maintain large branch networks, ATMs will be key to delivering cash to [unbanked] customers”

In Western Europe, cash withdrawals have either grown slowly or fallen in most countries. The Netherlands saw one of the steepest declines, as the three largest banks pooled their ATMs and removed machines which were located close to one another.

In the UK, despite ATM transaction volumes dipping since 2018, the average value being withdrawn by consumers has gone up during the crisis from £65 to £82, amounting to 11 million cash withdrawals by Brits each week, according to cash machine network LINK.

“Cash will remain essential to large segments of the world’s population, either because they lack the ability to pay by other means, or just because they still have a strong personal preference for cash,” says RBR’s research lead Rowan Berridge.

“With banks less willing than before to maintain large branch networks, ATMs will be key to delivering cash to these customers.”

Globally, the number of ATMs contracted by 15,000 including China’s figures over 2019, moving just half a percentage point, showing just how slow the pace of change is across the world.