GoBear, a Singapore-based insurance and banking marketplace, has landed $17 million in a funding round led by existing backers Walvis Participaties, a Dutch venture capital firm, and Aegon, a Netherlands-headquartered life insurance, pensions and asset management firm.

The funding follows the fintech’s larger $80 million raise in May 2019 with the same investors, and marks GoBear’s fifth fundraise to date.

The fintech says it will use the fresh capital to accelerate its transition into “a full-fledged financial services platform” which is built on alternative data – i.e. data which draws from non-traditional sources.

The fintech, which first launched in 2015 as a metasearch engine, says it already underwent a large part of this transition in 2019, building its presence around three key services: an online financial supermarket, digital insurance brokerage, and a digital lending platform.

“Our latest fundraise is validation that our investors continue to see our potential for growth and that we’re on track to build a robust financial services platform that Asia really needs,” says CEO Adrian Chng in a statement.

“Built on our strong foundation of alternative data, we can better assess and price risk, co-create better products, and ultimately improve financial inclusion.” 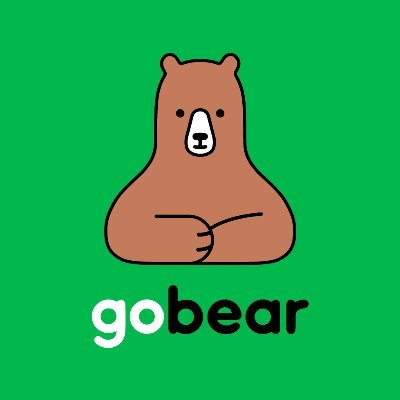 To date, GoBear says it has served more than 55 million users. The company says it’s done well during the coronavirus too, with its digital insurance brokerage business experiencing a 52% increase in average order value over the last three months.

Southeast Asia is historically an underbanked region, and this forms a big part of GoBear’s go-to-market strategy – which is to make access to credit easier, and more inclusive.

In 2018, only 47% of adults in the region had a bank account, and only a third of Southeast Asian small and medium-sized enterprises (SMEs) had access to loans or lines of credit, according to CB Insights.

But the region also has one of the fastest growing internet and mobile penetration rates globally, and in 2018 fintech start-up funding across Southeast Asia hit a record of $485 million invested across 68 deals.

As part of its transition to serve this segment, GoBear has welcomed a flurry of new executives into its ranks. This year Valeriy Gasratov joined as its chief information technology officer, Jinnee Lim – former executive director at UBS for six years – joined as its chief strategy officer in March, and Mike Singh came over from AsiaKredit to become GoBear’s chief lending officer.