Fortunis Capital has invested £15 million in UK-based voucher platform, Karma, which has held UK trials of an app aimed at “disrupting” the payday loan market. 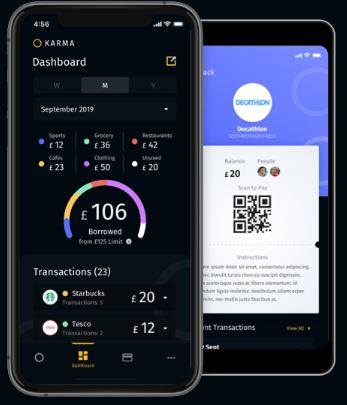 The voucher lending app has been trialled in the UK with support from the Scottish government.

Employers signing up to Karma can advance staff up to £300 on their salary to purchase goods and services at retailers – in person and online – including Tesco, Asda, Morrisons, Waitrose and Amazon. Employees pay no interest or fees and, unlike current lending schemes, may improve their credit rating.

Initial tests were held in Scotland with the support of the Scottish government. “It’s a pleasure to welcome Karma here, particularly as a fintech seeking to solve a major societal challenge and make lives better for people in Scotland, and across the globe,” says the Scottish innovations minister, Ivan McKee.

“We have built not just a solution, but are starting a global movement, to disrupt the short-term consumer loan market and eradicate the pain this causes,” says Karma CEO, Minck Hermans.

“Our completed tests have proved to be hugely positive, as has the full support from government agencies and the tech sector.”

Karma consumer tested the smartphone app with the backing of lead investor, London-headquartered Fortunis Capital, who invest in the fintech, greentech, bio and medtech and wellness sectors. The total investment agreed for Karma is £15 million, with an initial £500 million revolving debt pool.

Karma has also been supported by the Financial Conduct Authority’s sandbox programme which tests new products in a regulatory framework.

Read more: Digitalisation a must-have for lending in a post-COVID world