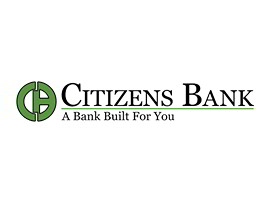 Citizens Bank reckons Teslar will be “critical” to its future growth

The Arkansas-based bank turned to Teslar following a recommendation from a compatriot lender. Pam Jones, Citizens Bank executive vice president for banking services and compliance, says that the bank’s goal was to “make banking easier for our customers by streamlining operations.”

She adds: “It turns out that Teslar will add many more efficiencies that are critical to our future growth.”

The bank plans to leverage Teslar’s automated workflow and portfolio management tools to streamline commercial lending and improve processes such as exceptions tracking, reporting and scorecards.

“Citizens Bank has been recognised nationally and locally as an institution that puts its customers first,” says Joe Ehrhardt, CEO and founder of Teslar.

“With Teslar, Citizens Bank will be able to invest in its commitment to its customers by offering a more agile, enjoyable banking experience.”

Teslar attracted investment from the Independent Community Bankers of America (ICBA) in late 2019.

The Arkansas-based fintech said that it would use the funding to increase its client support, marketing and technology development staff.