Tim Bray, a vice-president and top engineer at Amazon Web Services (AWS), has quit in protest over the online retailer’s dismissal of whistleblowers who brought attention to safety concerns among its warehouse workers.

Posted on a blog on Monday and reported by the Financial Times, Bray notes he had resigned after having “escalated [concerns] through the proper channels and by the book”.

“I quit in dismay at Amazon firing whistleblowers who were making noise about warehouse employees frightened of COVID-19,” he notes in a blog post. Amazon said had no comment to make on the matter.

Bray joined the company’s Vancouver office in 2014 and worked on its so-called serverless architecture, which allows companies to build and run applications on Amazon’s cloud servers. He was previously employed by Google and contributed to developing the encryption service OpenKeychain used across the Google-backed mobile operating system Android. 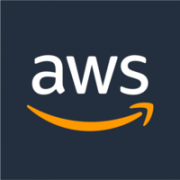 The engineer quit in protest over AWS’ handling of warehouse employees amid COVID-19.

He has been outspoken on issues of social and environmental justice in the past. In 2018, he was arrested after protesting against Canada’s controversial Trans Mountain oil pipeline, while last year he was one of 8,702 signatories of an open letter calling for action from Amazon on climate change.

Unprecedented demand for online shopping during the pandemic has prompted the company to hire 175,000 new warehouse workers in just under two months. However, Amazon has been accused of putting employees in danger by not slowing the pace of their work or providing them with adequate protective equipment.

Chris Smalls, who in March organised a walkout at an Amazon fulfilment centre in New York, was fired by Amazon for “violating social distancing guidelines and putting the safety of others at risk”.

The company has since also laid off white-collar office workers who voiced concerns about their roughly one million colleagues working in Amazon warehouses.

Bray has contributed to the development of several well-used technology standards including the mark-up language XML. In his note, he said user experience designers Emily Cunningham and Maren Costa, who were members of an internal climate change activist group, were fired after organising a video call featuring warehouse workers from around the world, including “guest activist Naomi Klein”.

“The justifications [for their dismissal] were laughable; it was clear to any reasonable observer that they were turfed for whistleblowing,” says Bray.

He also notes the personal loss he would incur as a result of his resignation. “What with Big Tech salaries and share-vesting, this will probably cost me over a million (pre-tax) dollars, not to mention the best job I’ve ever had, working with awfully good people,” he says. “So, I’m pretty blue.”

Christy Hoffman, general secretary of international federation UNI Global Union, states that criticism of Amazon’s treatment of workers in its fulfilment centres was affecting its ability to retain tech talent.

“Many people came to Amazon to make the world a better place, and now you see top leaders saying that the company does not share that mission,” she says.

Amazon chief executive Jeff Bezos, among the richest people in the world, was on Friday called to testify before the US House of Representatives judiciary committee after claims that his company had misled Congress over whether it uses data from third-party sellers to promote and sell their own goods.

In his resignation letter, Bray contrasted the working conditions between warehouse workers who “are getting weaker with mass unemployment and [in the US] job-linked health insurance” and employees working at Amazon’s offices.

Amazon Web Services, he says, “was a different story […] its workers have power, the average pay is very high, and anyone who’s unhappy can walk across the street and get another job paying the same or better.”