Airstar Bank, one of Hong Kong’s new virtual banks, has launched the pilot for its virtual banking service.

The pilot has been built in the Fintech Supervisory Sandbox (FSS), which was set up by the Hong Kong Monetary Authority (HKMA).

During the trial, the digital bank will onboard roughly 2,000 customers who are friends and families of staff across Airstar, Xiaomi Hong Kong and AMTD Group.

The bank was designed with the purpose of becoming “Everyone’s Bank”. It says customers can open an account remotely in five minutes using their Hong Kong identity card, with no minimum deposit needed.

The 24-hour service promises to “waive all banking fees for its retail banking services”, as well as offering free inter-bank transfers through the Faster Payment System (FPS) and Real Time Gross Settlement (RTGS). 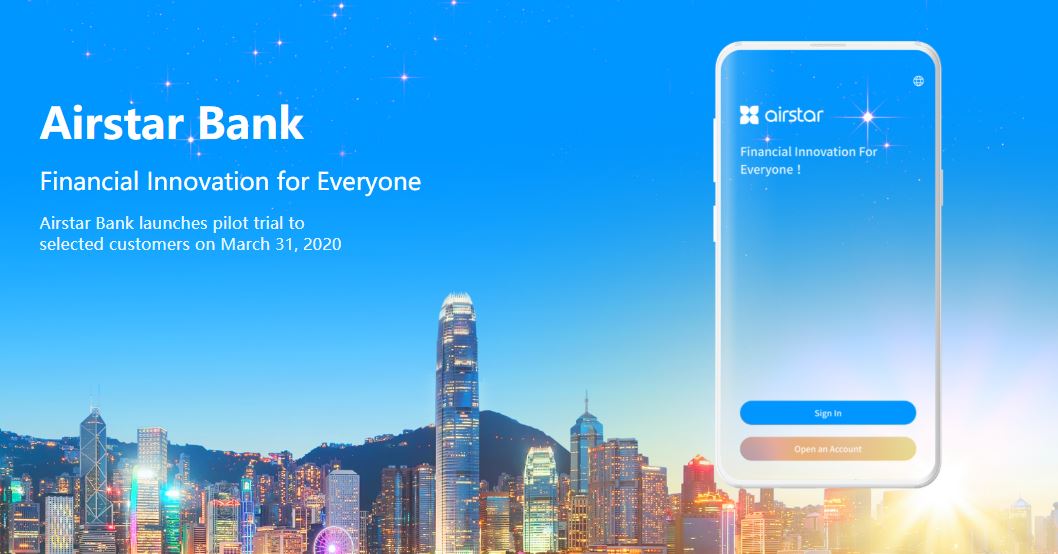 And time deposit maturity dates will be flexible, with users even being able to terminate them before maturity “without any penalty or surcharge”.

The bank is also looking to provide unsecured lending products, which would accrue interest daily, to be re-paid “anytime without any prepayment fee”.

The initial outline of features is subject to change, the bank says, depending on customers’ feedback during the pilot.

Airstar, which landed its Hong Kong banking license last May, is one of a series of digital banks gearing up to take on the country’s incumbent backs.

Its main feature upon launch was an all-in-one numberless bank card like the Apple credit card. Mox is in beta testing like Airstar.

China’s ZA Bank was one of the earliest Hong Kong virtual bank players to begin beta, initiating testing of 2,000 users in the HKMA sandbox last December.