Nordea helps suppliers to get paid early amid coronavirus

Nordea has said it will “temporarily disregard” its normal contractual payment terms for the next six months “or until further notice”, in a bid to pay its invoices to suppliers as soon as they are ready.

The Finland-headquartered bank says it wants to help suppliers cope under the new financial strains created by the coronavirus outbreak. 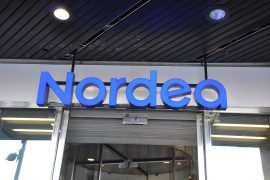 “As many businesses urgently need liquidity at the moment, we will now process the payment of invoices much faster,” the bank said in a statement.

Nordea’s network of suppliers will, according to the bank, benefit from “several hundred million euros” early – a figure based off the next six months of the bank’s invoices payable.

The bank calculates that invoices will be paid on average 20 days earlier than usual, but it caveats this by stating that it “might still require a longer processing time”.

Suppliers won’t need to do anything to benefit from the change, which Nordea is already putting into action.

Other efforts by the bank to help with COVID-19 relief include its decision to suspend its planned €0.40 ($0.44) dividend to shareholders, following the European Central Bank’s (ECB) calls for banks to halt dividend and big bonus pay outs.

Nordea has also offered instalment-free periods to personal and business customers in all Nordic countries affected by the coronavirus.

Mortgages for Nordea’s personal and business customers will see an instalment-free period of up to six months, and its small and medium-sized enterprises (SMEs) will be able to apply for a three-month instalment free period “wherever needed”.