Manchester, the UK city with a population of roughly 2.8 million, is currently home to roughly 10,000 fintech-related jobs.

But this is still just less than a quarter of the estimated 44,000 fintech-related roles in London.

A report by Whitecap Consulting released this week suggested that Manchester was in need of a “catalyst” to help purport it to the same international status its southern counterpart enjoys. 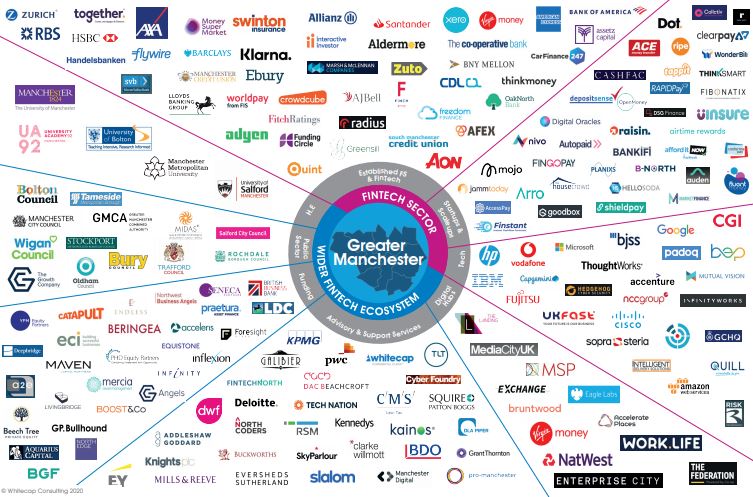 Though home to the offices of a variety of household fintech names such as Crowdcube, Greensill, Klarna, OakNorth, Raisin, and Flywire, the report notes that Manchester has yet to see the birth of a homegrown fintech unicorn.

“The region has the necessary components in place for the fintech sector to thrive, although there is a sense that these component parts would benefit from a catalyst to inject pace and energy,” the report reads.

“Many feel the creation of a local fintech unicorn would be the most effective catalyst; a beacon for attracting early-stage businesses and an antidote to selling out.”

The shape that this northern fintech unicorn takes still seems to be up for debate. Some of the 100 individuals approached for the report – 40 of which were stakeholders – pointed to the missed opportunity that the likes of Revolut, Monzo and Curve did not choose to set up their head office in Manchester.

But others, namely Maven’s investment director Jeremy Thompson, highlight that challenger banks are notably “struggling to monetize the customer”, even if they have “done well building brand-acquiring customers”.

As well as offering some debate on whether this catalyst should be a challenger bank, the report also points out that Manchester is already home to five homegrown ecommerce unicorns which include Boohoo, Misguided, and AO.com.

The creation of so many ecommerce unicorns – putting the city on a par with the Netherland’s capital Amsterdam – proves Manchester does already have a lot of the infrastructure needed to build a large tech-based company.

So, what’s stopping a fintech start-up from joining the city’s ecommerce unicorn club?

Of the 109 fintech firms in Manchester, 40% are established firms like Greensill and Klarna, while 36% are start-ups and scale-ups – the remainder being tech firms.

This works out to be 39 start-ups and scale-ups employing roughly 985 people. The report suggests that whilst scale-ups have all the tools they need for success, start-ups need more access to funding. 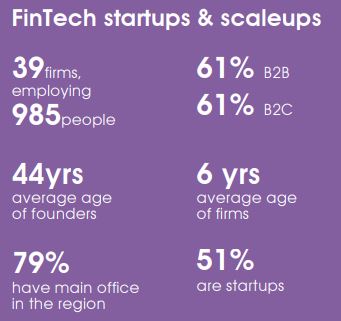 Whitecap Consulting puts this shortage down, in part, to “a reluctance of investors to provide funding into sectors they are not familiar with.”

The report doesn’t go into any further detail on what these sectors are, but elsewhere it does highlight the city’s strengths within fintech.

“There are opportunities to create mini hubs out of these sub-sectors.”

If a start-up is to secure unicorn status in Manchester, perhaps it will take the shape of one of these “mini” “sub-sectors”, rather than the form of more obvious fintech sectors such as challenger banks.

Compared to Bristol and Bath, Leeds City Region, North East, and the West Midlands, Manchester is the city with the most fintech start-ups and scaleups outside London.

But some participants in the report don’t think this is shouted about enough.

“Manchester has to be noisier – get to London, show there’s prospects here, promote the benefits of being in Manchester,” says DLA Piper’s partner Luke Stubbs. “That drum needs to be banged.”

This call for “drums to be banged” feeds into a bigger problem, which is that various industry spokespeople in the north are speaking louder about how the city is powering big fintech names which have moved in from elsewhere, rather than about the ones its grown or growing itself.

This seems clear in Professor Markos Zachariadis message in the report. He works at the Greensill – named after the fintech – Chair in Financial Technology faculty at the Manchester Alliance Business School.

Zachariadis says: “While the majority of the [fintech] activities are London -led, Manchester, and the greater area around it, claim a significant part of the day-to-day operations and IT development for some of the country’s top fintech brands.”

Innovate Finance chief executive Charlotte Crosswell believes the creation of the ‘FinTech National Network’, which was set up to breed a more equal distribution of fintech resources, will help spread the word on other cities’ fintech successes.

“If we can combine this network with local and central government support, as well as access to patient capital to scale companies, the future of UK fintech will be even brighter,” says Crosswell.

And the quality of fintech talent in Manchester was also pulled into question by the report, as various industry professionals suggested the city’s education agenda was not up to scratch.

“I was at a school in north Manchester on behalf of Innovate Finance, and there was a distinct lack of understanding of what a software engineer even was – it’s unbelievable.” 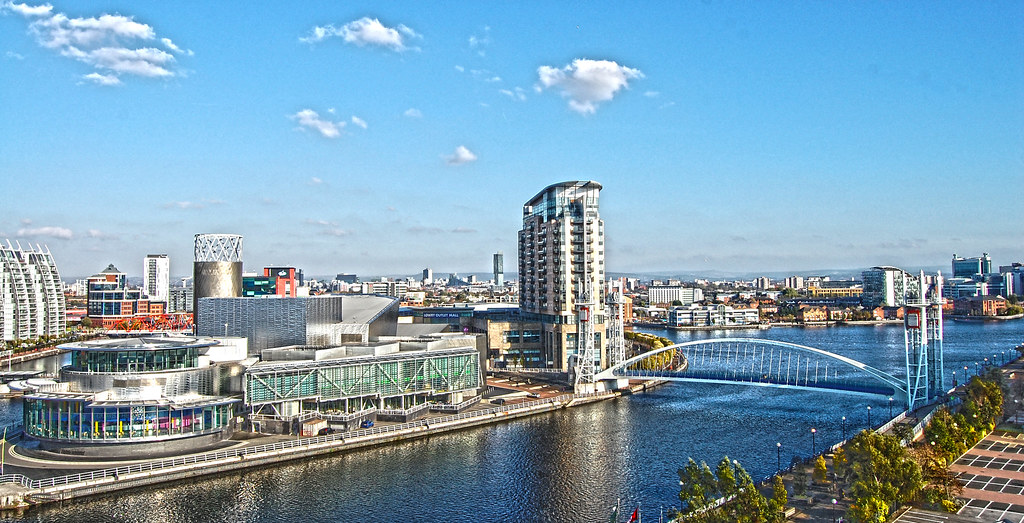 So, to grow its own fintech unicorn, the report suggests Manchester needs to work on an array of things.

Namely, on educating investors so certain start-ups have better access to funding, and on sharing more about original fintech growth as opposed to established players, as well as improving the quality of fintech-related teaching earlier on in the education system – a challenge which is not necessarily specific to Manchester.

But challenges aside, there seems to be no shortage of enthusiasm to boost the city’s international fintech status.

“There’s a drive and dynamism to promote tech and particularly fintech in Manchester,” says Matthew Davies, a partner at CMS.

“From the universities and the professional community, to key bodies like MIDAS and pro-Manchester, to businesses themselves, there is a real feeling of dynamism, collegiality, ambition and collective purpose.”