Small businesses in Japan whose revenues have more than halved due to the coronavirus pandemic are set to receive up to JPY 2 million ($18,350) under Japan’s record JPY 108 trillion ($1 trillion) stimulus.

The fiscal package will come up to 20% of the country’s GDP, and also consist of cash benefits to households and the self-employed. 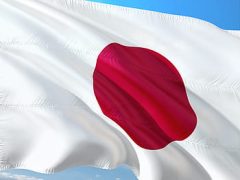 The fiscal package will come up to 20% of the country’s GDP.

The government’s stimulus package will include more than JPY 6 trillion for cash pay-outs to households and small businesses and JPY 26 trillion to allow deferred social security and tax payments.

Japanese Prime Minister Shinzo Abe pledged that his government would do its utmost to protect people’s lives as he declared a state of emergency on Tuesday (07 April) to stem a worrying rise in new coronavirus infections in major population centres.

Abe says direct fiscal spending in the package would amount to JPY 39 trillion, more than double the amount Japan spent following the collapse of Lehman Brothers in 2008.

The Deccan Herald reports that many analysts believe Japan has already slid into recession as supply chain disruptions, travel bans and social distancing policies at home and abroad put more pressure on the slowing economy.

Analysts expect the economy, which shrank in the final quarter of last year, to post two more quarters of contraction.