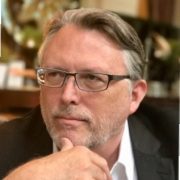 Smedley joins the IBM-acquired software firm from Oracle, where he spent 18 years in a variety of technological and executive roles.

His last position at the US multinational was as global industry vice president for financial services solutions, where he Created and operated Oracle’s Global FinTech Scale Up and Open Banking programmes.

Smedley describes the crux of his new role online as guiding the global financial services and insurance team at Red Hat to build and establish new solutions.

Red Hat has been making a few changes at the top since the closure of its $34 billion acquisition by IBM in July 2019.

Paul Cormier stepped in as its new president and chief executive officer at the start of the month when Jim Whitehurst moved on to be president at IBM.

That IBM acquisition has been described by as the “biggest bet” that Big Blue had ever made as a company, but the two firms appear to be gelling successfully.