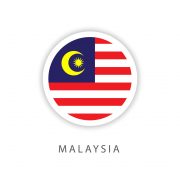 Cross River Bank, which is aiming for an initial public offering (IPO) in 2021, operates as both a financial institution and a technology provider.

Current clients include lenders Affirm, Best Egg, Upstart and RocketLoans as well as firms like Coinbase and TransferWise.

As a result of the Series C the bank has become a partner and fintech provider for V Capital in the South East Asia region.

Although based in the US, the bank will provide some of its services and technology to the venture company, which is planning to nab a digital banking licence in Malaysia.

Founded in 2008, Cross River Bank has raised $228 million to date from three rounds.

The bank teamed up with UK-based Railsbank in January 2019 to launch a Banking-as-a-Service (BaaS) on both sides of the Atlantic through a single API.