Chinese technology giant Huawei is set to launch its own credit card, following in the footsteps of American competitor Apple. 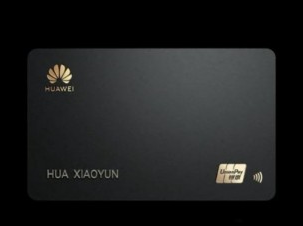 Huawei Consumer Business Group CEO Richard Yu showcased the Huawei Card in the middle of the firm’s launch of the new P40 smartphone.

The account will offer both a physical and virtual card, and its range of smartphones will lead the way in providing the new service.

UnionPay, the largest payments organisation in China (and the largest in the world) is backing the new card with its near-field communications (NFC) and QR technology.

New customers of the Huawei card will be offered no annual fee for their first year, and the second year’s fee will be waived for those who use the card enough to meet certain payment thresholds. The deal extends to four years if the account is linked with the technology firm’s proprietary electronic payment service, Huawei Pay.

Users of the account will also have access to travel lounges at train stations and airports, while those paying via the Huawei Pay functionality will be offered cashback.

Yu declined to mention a release date for the new account, or namedrop a financial institution backing the card itself.

Apple announced its first consumer credit card back in March 2019, entering into a partnership agreement with US bank Goldman Sachs and officially launching later that year in August to much fanfare.

Goldman Sachs quietly released its own new mobile banking app Marcus in January, which is expected to become the US bank’s digital face for the foreseeable future.

Goldman’s partnership with Apple for the Apple Card reportedly snatched some of the momentum away from Marcus, and the company told the American Banker that it already has $2 billion in loans on the former.

“The slowing pace of growth in our Marcus unsecured loan business reflected the anticipated growth in our credit card lending from the launch of Apple Card,” chief financial officer Stephen Scherr said during the company’s quarterly earnings call.

Huawei has faced difficulties throughout its history in certain markets – primarily in the United States – due to claims that its infrastructure and technology enables state surveillance by the Chinese government.

Enrique Marron Caballero, finance solutions director for Western Europe at Huawei, told FinTech Futures in 2018 that a certain stigma attaches itself to companies from Asia attempting to win business amongst Western banks.

He said that bank executives “won’t be fired if a traditional US provider fails [on a project]”.

When approaching banks, Huawei has typically started with “foundation platforms” such as server storage and networking.

Caballero said at the time that the firm is “fully open” to showing its infrastructure and coding. Nevertheless, he admitted that the traditional conservatism of banks means the situation represents a challenge.