Ben Brabyn steps down as head of Level39

Ben Brabyn, head of the Level39 fintech accelerator owned by London’s Canary Wharf Group, has stepped down from his role. 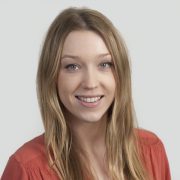 Brabyn joined the accelerator in February 2016, three years after its founding. He will be replaced by Amy French, who is currently head of ecosystem development.

In a post on social media confirming his departure, Brabyn wrote that “the sun had set” on his time at Level 39

He added his thanks for “the 200 member companies of Level39” and the corporates, policymakers, regulators, academics and investors who “have made it a showcase for London’s – and the UK’s – innovation economy.”

Brabyn wrote that he continues to work on business ownership project GenieShares “with inspiring entrepreneurs like Peter Kelly who are earning the social licence to operate at a time when solidarity and mutuality matter more than ever.”

French has been at Level39 since November 2017, when she joined as events and marketing coordinator.

She was part of the team that led the firm’s expansion into two new floors at its Canada Square home base, and currently supports the 1,200 entrepreneurs that work with the accelerator.

Related: N26 expects 70% of bank branches to disappear in 10 years