UnderPinned, a platform which helps freelancers manage their admin, has teamed up with real-time payments platform Banked to create a new payments system for companies which work with contractors 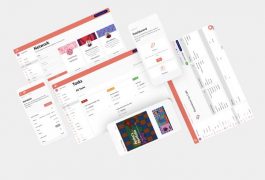 “The traditional process of paying an invoice for a freelancer is extremely clunky,” says UnderPinned

It promises to reduce the average time it takes to pay a freelancer from three and a half minutes to 30 seconds. UnderPinned claims a firm employing 100 freelancers can save 60 hours a year.

“The number of people choosing freelance work has grown rapidly in recent years, but the infrastructure that supports this type of employment has failed to keep pace with the trend,” says UnderPinned’s CEO and founder Albert Azis-Clauson.

“One area where this is most evident is in payments. The traditional process of paying an invoice for a freelancer is extremely clunky and time-consuming and that’s we’ve decided to launch this new service.”

Founded last year, UnderPinned estimates that there are roughly two million freelance workers across the UK. This figure has likely grown now, as figures have not been updated since IPSE’s report in 2016.

It has so far added features which help freelancers manage their portfolios, automate contracts, build proposals, and manage invoices.

CEO and co-founder at Banked, Brad Goodall says the new payment system will provide “a new way of paying invoices that will transform the freelancer experience”.