There is an assumption that everyone today has a bank account. But this isn’t always the case; according to the latest report from World Bank Group, as many as 1.7 billion adults are unbanked globally. That’s roughly one-fourth of the global population, explores James Booth, VP, head of payment partnerships EMEA at PPRO. 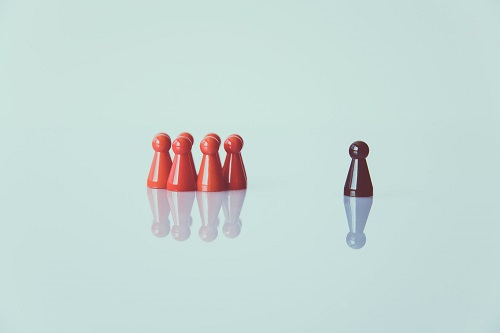 The gap between the population of the banked and unbanked is continuing to broaden.

The report indicates something most people would expect, most unbanked adults live in areas of the developing world, such as Bangladesh, China, India, Mexico, Nigeria and Pakistan. However, less predictably, the main factor for large portions of people remaining unbanked in these countries isn’t necessarily down to their income level.

Of these unbanked adults, only half come from the poorest 40% of households within their economy. A lack of education and unemployment are only a small part of the picture; the cost of accounts and distance to the nearest bank are also contributing factors.

In Europe, countries such as Denmark, Finland, Netherlands, Norway and Sweden have a 100% banked population. But, like any aspect of culture, the population of banked consumers can vary significantly from country to country, and they do in Europe. Take Hungary, for example, with a 75% banked population and the Czech Republic at 81%.

In 2020, commerce is customer centric. At a time when any device can become a point of sale, consumers expect a seamless, integrated shopping experience. The shopping habits of consumers – including the unbanked ones – must be taken into account when optimising their experience. A big part of that is consumers’ preferred methods of payment. Take the UK, for example. The number of contactless payments made in the UK surged by 31% in a year to reach 7.4bn in 2018, highlighting that the UK remains one of the highest users of debit and credit-based payment methods. However, this is not the case for the rest of the world.

Oxxo, for example, is a cash-based payment method widely used in Mexico to purchase goods online. The shopper gets a transaction voucher from the merchant and then goes to an Oxxo convenience store with their voucher to pay the balance in cash. Then the merchant releases the goods for delivery. Cash-based payment methods are a low-tech solution for the unbanked who shop online. At the opposite end of the spectrum are high-tech payment methods, which continue to grow in popularity alongside increasing rates of internet and smartphone penetration.

57% (4.388 billion) of the world now has access to the internet and a further 67% (5.112 billion) have access to mobile devices, up 100 million (2%) in the past year, according to the Global Digital 2019 report by We Are Social and Hootsuite. In Africa alone, there are 444 million mobile users, which enables people, even in the most remote locations, to shop online via e-wallets. These e-wallets are linked to the user’s mobile phone account, which they can top up with cash and use to buy goods and services online.

An expanding customer base

Anyone who wants to grow their business and tap into a new market needs to be aware of the varying payment cultures and needs the world’s consumers, and enthusiastic about accommodating them. However, that can be complicated. Building a good experience for consumers creates a lot of complexity for merchants. Offering hundreds of different local payment methods to consumers – in Europe alone – can be overwhelming. But it doesn’t have to be this way.

Payment service providers and merchants can partner with third-party payments experts and aggregators who provide regional knowledge, technical and financial connections on a global scale.

We’re a long way off being wholly banked globally. What we can expect to see is the payments market becoming increasingly fragmented. While unbanked consumers are a small minority, the gap between the population of the banked and unbanked is continuing to broaden. Businesses hinder themselves by failing to cater to this market, which leaves the door of opportunity open for businesses that will.