Tandem Bank, the UK challenger which sparked reports of its funding nearly a year ago, has finally landed its investment round of £60 million ($78 million) from investors including Qatar’s national wealth fund, Qatar Investment Authority (QIA). 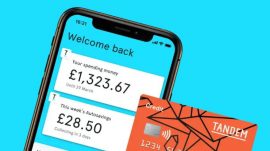 Reuters sources familiar with the matter revealed the news on 06 March, suggesting that the neobank is on track to buy a lender that helps consumers buy solar panels.

The lender’s name and the value of the funding round have not been confirmed by Tandem itself, but a spokesperson for the bank did say the following: “Tandem Bank can confirm that it has secured a significant fundraise, subject to regulatory approvals. Full details of the transaction will be available in due course.”

“[We] will be expanding [our] offering with the acquisition of an established ‘green’ lending business as part of the transaction.”

In April 2019, the bank was tipped to be the next unicorn by the Financial Times, which reported Tandem was in the process of putting together a round that would top the £80 million it raised in 2018.

But since then, the anticipated £100 million raise seems to have proved a challenge for the bank, pushing its expected unicorn status further over the horizon.

QIA is not a new investor in Tandem. It used to own the banking arm of luxury department store Harrods, the entity which Tandem bought in January 2018.

The deal, made possible by QIA buying some of Tandem’s shares, gave the challenger its banking licence, £80 million of equity capital, £400 million of deposits and a £375 million mortgage loanbook.

Tandem now has more than 800,000 customers in the UK, according to Reuters.