A Freedom of Information request has revealed that the Student Loans Company (SLC) was the target of nearly 5.5 million cyber attacks last year, reports Jane Connolly. 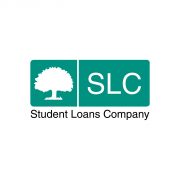 The SLC came under sustained spam attack in 2019

The remaining attacks – 10,125 malware attempts and 19,188 phishing attacks – were blocked by the SLC’s detection software.

The non-departmental public body confirmed that all the listed attacks were successfully blocked and quarantined.

In 2018, phishing scammers stole £100,000 of student loans from university students.

Cyber security expert Tim Sadler, CEO at Tessian, says that SLC employees should be particularly vigilant to guard against the risk posed by email attacks.

“However,” he adds, “businesses cannot expect every employee to spot every phishing email 100% of the time. Attacks are only becoming more sophisticated and the threat is constantly evolving.

“Businesses therefore need to take the burden off employees and instead use technology to protect their people, detecting phishing attacks and alerting employees to a threat in real time.”

The SLC is reported to have provided funding for 1.34 million students in higher education in 2018/19.