SIX Group has been given authorisation from the National Securities Market Commission (CNMV) in Spain to offer a $2.8 billion all-cash takeover of Bolsas y Mercados Españoles (BME), operator of the Spanish stock exchanges. 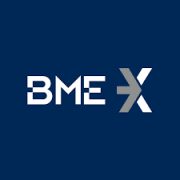 BME shareholders are being courted with a $2.8bn offer

The offer, which has a 43-day window for acceptance, is an all-cash voluntary tender for 100% of the share capital of BME.

Valuing each BME share at €33.40, the deal implies a total equity value of €2.8 billion. The offer represents a 47.6% premium over the average trading price of BME shares.

SIX Group, which operates Switzerland’s financial infrastructure and trading venues, has been head-to-head with Euronext to acquire BME.

The SIX acquisition was reported last year to be an attempt to access to markets in the European Union (EU) after Brussels blocked Swiss stock exchanges from access to EU investors in July 2019.

The block was put in place over stunted bilateral trade talks and the expiration of an equivalence deal between the two parties.

Related: Everything you need to know about blockchain in Switzerland

SIX believes that the deal would result in a combination of two firms which are “leaders in their domestic financial markets.”

According to its own analysis, the merged company would become the third-largest European financial market infrastructure group.

“At a time of great economic uncertainty, our offer will provide for the formation of a strong and dynamic combined group with significant new growth opportunities,” says Jos Dijsselhof, CEO of SIX.

“BME will benefit from SIX’s expertise across the entire value chain and will have the opportunity to become the leading EU-hub for the world’s largest asset pool.”

He adds: “This proposed transaction will provide us with the capability to invest in both groups and create a stronger platform to compete and innovate in the global financial market infrastructure sector.”