While New Zealand might not be the obvious location for a fintech to set up shop, the country’s emerging tech scene is much bigger than you might expect. In fact, New Zealand’s fintech sector is outgrowing the rest of the world; while the global average is 31-33%, New Zealand is growing at a rate of 48.5%.

Its thriving technology sector is making it an attractive location for fintech start-ups and home to a number of established organisations already. Although fintechs are most commonly associated with the traditional hubs of London, Singapore and San Francisco, rising stars like New Zealand and Australia are changing the game. 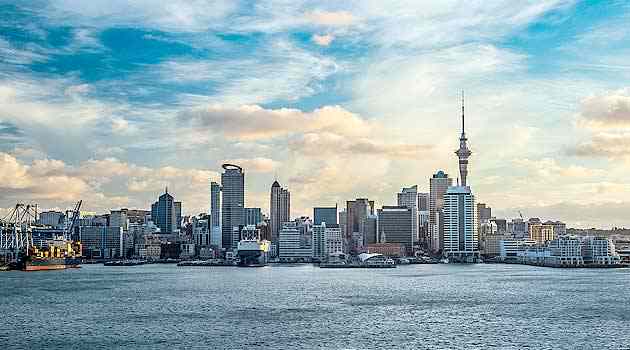 The country’s emerging tech scene is much bigger than you might expect.

What’s on offer in New Zealand?

One of the major challenges facing many tech organisations at the moment is recruiting talent. In regions with more established fintech sectors, such as the US or UK, recruitment is far more competitive and the process can take a long time – in some cases, many months for senior positions. While the talent pool is smaller in New Zealand, there is also far less competition for standout applicants. Consequently, recruitment can often take only a matter of weeks.

New Zealand’s fintech industry is on a growth trajectory

Fintech is the fastest-growing segment of the country’s technology sector, with a 42% increase in growth year-on-year in 2018. A big reason for this is New Zealand’s fintech accelerator programmes which aim to boost fintech success and help start-ups access global markets. Several initiatives have also been introduced to provide more opportunities for fintechs, such as the government’s ‘Digital Identity Transition Programme’ which is expected to help fintechs meet privacy and anti-money laundering requirements.

The market also tends to see greater collaboration between banks, fintechs and financial market regulators. Additionally, the most recent Budget revealed that NZD 300 million ($191.6m) of investment funding will be made available to encourage the growth of start-ups in the country, which will be beneficial to the fintech sector.

New Zealand’s competitive geographic position makes it an ideal gateway to expand into Australasia. It operates in much the same way as the US and UK, which means business models wouldn’t need to be completely overhauled to fit the market. Similarly, this makes it an accommodating location to test a solution before scaling it globally.

A further way to capitalise on emerging, fast-growing fintech hubs is through the creation of government-backed initiatives. Last year saw the launch of a ‘Financial Innovation Partnership’ (FIP) between the UK and US to promote cooperation on regulatory issues and business development in financial technology, in a bid to develop both countries’ fintech sectors. New Zealand’s continued success suggests that it would be beneficial for other countries to enter the fray and develop additional partnerships to inspire international fintech collaboration.

What can we learn from New Zealand’s success?

New Zealand’s growing fintech status is a clear indicator that the financial technology world is increasingly no longer confined to a handful of traditional hubs. Partnering with firms or opening new offices in emerging markets are great ways for organisations in more traditional fintech hubs to make the most of what New Zealand, and other emerging tech regions like it, have to offer. The country’s success also demonstrates why fintechs should broaden their horizons and be open to looking beyond traditional locations to attract the right talent.