Empower Finance, a San Francisco-founded money management app, has closed a $20 million Series A funding round.

The fintech secured its funding from new investors including California’s Icon Ventures and Defy Ventures, as well as Nubank’s CEO David Velez. 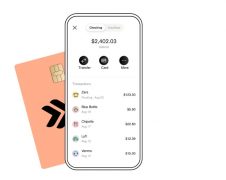 The start-up says it uses a combination of artificial intelligence (AI) and human coaching to deliver its products. “Empower is democratising access to financial experts and products that used to be available to only the top 1% wealthiest people,” says Hogarth.

“There’s growing demand in the market for financial knowledge to be more practical – and that means actionable, personalised information in real time to create better outcomes,” Hogarth adds. “We’ve designed every product feature to make it dead-simple to save more and grow their wealth.”

Founded in 2017, Empower now employs 35 people and claims to have 600,000 active users. The release of its own savings account currently promises customers a notably high 1.60% in annual percentage yield (APY).

Empower users pay $6 a month, but Hogarth says they also save $300 a year in additional fees brick-and-mortar banks charge. The founder says on average, the app helps users save $1,300 more annually than they would otherwise.

“If you look at it from the outside, it looks crowded,” Hogarth tells Fintech Ranking on the saturated US challenger bank space. “But the consumer financial services in the US is a $2 trillion business, and we haven’t had a fundamental shift since maybe Schwab came along 30 years ago.”

Without the cost of branches and legacy technology, challengers can gain just 2-3 million customers and easily achieve a multibillion-dollar market capital, hence “so much interest in the space”, says Hogarth.

Empower has raised two previous rounds, one an undisclosed amount of seed funding from Sequoia, and the other a $4.5 million round led by Initialized Capital.