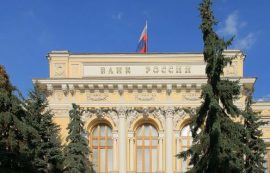 It’s a difficult time to be opening a regulatory sandbox

Russia’s central bank will supervise the sandboxes relating to fintech. It’s understood that these new sandboxes will also be subject to lighter regulations than their predecessors.

This is clear in a separate “satellite” bill, which fixes several exemptions from the laws “On Banks and Banking Activities” and “On the Central Bank”.

Residents will be able to test blockchain and cryptocurrency, they will be exempt from requirements such as mandatory authorised capital, fund reserves and reporting to the central bank, and the standards for the maximum risk per borrower can be cancelled.

Foreign exchange rules will also be relaxed on sandbox participants.

These exemptions to countrywide rules make the sandboxes far more accessible to fintechs, and the bill also suggests that the country’s regions would be able to set up their own local sandboxes – further tapping into the start-up talent across Russia.

But it’s a difficult time to be opening a regulatory sandbox. With the coronavirus pandemic only worsening and oil prices down, many countries have pushed these sorts of initiatives to the back of their mind.

The Bank of Russia already runs a regulatory sandbox for fintech projects, but these models do not allow businesses to test their use cases on real clients or provide the facilities in which to conduct these experiments.

Olga Shepeleva, an expert from the Moscow-based Center for Strategic Research, a think tank which helped draft the bill, told CoinDesk that this new bill will now allow real businesses to work with real customers.

“The main idea is that the government can choose to make a temporary exceptions from laws and regulations,” she said.