Phyre secures $1.7m to develop its e-wallet in Bulgaria

The capital will be used by the fintech to “accelerate the deployment” of its banking and payments e-wallet platform, which helps large companies launch and run their own digital wallets. 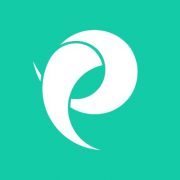 Currently pyhre works with two major telecommunication providers in Bulgaria – A1 and Vivacom.

“I’m convinced that with New Vision 3’s great track record in scaling companies and BACB’s experience with both enterprise and retail clients, we will be in a much stronger position to accomplish phyre’s mission to enable our customers effortlessly execute secure payments and manage their money,” says phyre’s co-founder and CEO Konstantin Djelebov.

The firm conducted research last year which found that the number of non-contact point of sale (POS) terminals in Bulgaria had increased by almost double since 2015, then 69,000, to 138,000 in 2019.

It also found that consumers which pay with their mobile phone make smaller and more frequent purchases. This is supported by Statista data, which lists Bulgaria as 80th in the list of countries ordered by highest transaction value.

Phyre’s latest investor BACB, which became the sole owner of local start-up Paytech last October, says its choice to back the fintech comes down to its focus on digitising financial services.

“We, at BACB, believe in investing with a cause,” says CEO Ilian Georgiev. “The digitalisation of financial services, supporting the development of green projects and sustainable growth are the key to a better and brighter future.”

As for fellow investor New Vision 3, a spokesperson said fintech was one of the new fund’s “core market verticals”.

“Digital payments and wallets are one of the highest growing niches within fintech; it was therefore quite natural to look at phyre as the leading, and technologically most advanced, digital wallet company in Bulgaria.”