Its latest funding round was co-led by RTP Global and existing investor HV Holtzbrinck Ventures. The round also saw participation from ABN AMRO Ventures, VR-Ventures and finleap, which has a major stake in Penta. 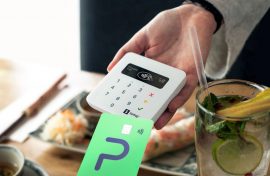 With the aim of reshaping business banking for the SMEs which underpin Europe’s economy, co-founder and CEO at Penta Marko Wenthin says he start-up offers “a veritable one-stop-shop of services” which go “way beyond banking”.

“By growing the round of investors, Penta will also profit from a wider network across Europe, future co-operations and a significant acceleration of growth,” adds Wenthin.

The company is headquartered in Berlin, with offices in Milan and Belgrade, and offers businesses a current account “within minutes”, along with a national IBAN, and debit cards for expense management.

Penta says its investments from bank capital funds VR-Ventures and ABN AMRO Ventures will also bring in “strategic expertise”, opening doors to the banks’ portfolio companies such as Tink, CrossLend and Ockto.