The bail out of Yes Bank this month, the biggest-ever banking failure in India according to The Economic Times, has already led to more than one million users migrating from Yes Bank’s Unified Payments Interface (UPI) handles to those of ICICI Bank.

UPIs, which are instant real-time payment systems regulated by the Reserve Bank of India, have traditionally been dominated by Yes Bank, previously accounting for 39% of all UPI payments in India – the highest of any bank. 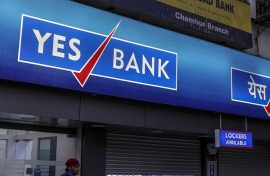 The Reserve Bank of India issued moratorium on Yes Bank last week, prompting the National Payments Corporation of India (NPCI) to block the lender’s UPI handles which led to many failed UPI payments, according to Live Mint sources.

“At the time of the outage, more than 10 lakh (100,000) UPI handles were actively transacting,” says Cashfree’s co-founder Akash Sinha.

“These UPI handles were being used for the collection of offline kirana (family-owned shop) payments, utility bills payment, loan repayment, business-to-business (B2B) retailer distribution payments, among others,” he adds.

The block means companies across the country which use Yes Bank’s UPIs will have to change their virtual payment addresses and QR codes on offline locations.

The $980 million rescue and restructure of Yes Bank comes after the collapse of compatriot bank PMC.

Yes Bank is the fourth largest private bank in India, and a number of other major Indian companies alongside PhonePe relied on Yes Bank alone for UPI transactions. These include BharatPe, Flipkart, Swiggy and Red Bus.

After 2008, it was alleged that the head of Yes Bank, Rana Kapoor, was aggressively issuing loans at high interest rates to people who were unlikely to ever be able to pay them back.

UBS then said in 2015 that Yes Bank was issuing too many loans to “stressed companies”, companies unlikely to be able to pay them back.