Despite soaring profits, the SoftBank-backed lender did see a slowdown in its total loan facilities which had a roughly 145% jump in 2018, yet only rose to 42% at £3.1 billion in 2019.

OakNorth’s chairman Cyrus Ardalan puts this down to an “extremely challenging” British economy and “a combination of Brexit, the general election, and flooding across huge stretches of Northern England in the final quarter of the year”. He believes these conditions created unprecedented uncertainty. 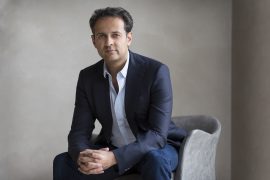 Co-founder and CEO Rishi Khosla, acknowledges the economic risks posed by the recent outbreak of the coronavirus and the effects it might have on future results. “We are mindful of this risk on our new loans and are incorporating this in the stress testing scenarios on the existing loan book,” he says.

The bank was hit by its first two defaults at the end of last year, four years after its inception in 2015. The defaults represented less than 1% of the bank’s £3 billion in net lending and did not lead to any credit losses.

The loan-issuing bank is just one part of OakNorth’s bipartite business model which also makes money from licensing its lending platform to European banks. Yet to publicly reveal the profits of this business, Khosla says it “is still profitable” overall, now working with 17 banks and holding a total of £17.5 billion in assets under management on its credit platform.

As well as healthy profits, the bank also claims to be one of the first globally to achieve net carbon zero. By this, OakNorth means it has offset its direct emissions and those of critical suppliers to be net carbon zero. These reductions are largely in air travel and the electricity used by IT infrastructure providers.

The bank will now work on reducing its indirect emissions through clients this year, with a policy on how it will do this shortly to follow.