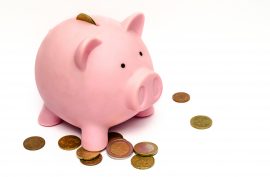 Nationwide, Britain’s biggest building society is leading the race to buy a £1.9bn mortgage book put up for sale by Sainsbury’s Bank.

According to Sky News, Nationwide is in detailed talks with the supermarket chain about a deal.

Sources said that an agreement had yet to be finalised but that a transaction could be struck in the coming weeks.

A Nationwide spokesman said in response to an enquiry on Friday: “We can confirm we are in discussions with Sainsbury’s Bank regarding the purchase of its mortgage book. This may or may not lead to a deal in the future.”

If completed, a takeover of the book would add about 10,000 people to Nationwide’s base of 1.7m mortgage customers.

Sainsbury’s Bank is following rival Tesco in deciding to exit the home loans market as cheap funding orchestrated by government schemes comes to an end.