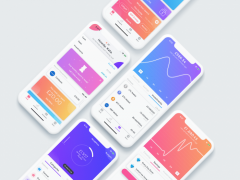 “We’ll raise our Series A in the next 12 months,” says CEO

Emma connects users’ bank accounts and crypto wallets under a single dashboard which tracks budgets, cancels wasteful subscriptions and syncs up to paydays.

The free app is designed to help users avoid overspending, but there is also an Emma Pro account which lets users create custom categories, export data between specified time ranges, create manual accounts in any currency, and split transactions.

Most recently, Emma expanded its offering into the US and Canada. Its last round was in 2018 when it secured $700,000 in angel funding.

“In a world where 70% of mental health issues are derived by financial problems, Emma is defining a new category, financial therapy,” says founder and CEO Edoardo Moreni.

“Our mission is to remove anxiety regarding money matters and bring instant gratification whenever our users interact with money regardless of their financial situation”.

“The team at Emma have built a product people love and as a result they have the highest engagement and retention we’ve seen in this category,” says Connect’s Rory Stirling in a statement. “That’s really exciting to us – better tools for financial education and empowerment are only valuable if people engage with them”

Emma CEO Moreni tells TechCrunch that the fintech has roughly 200,000 users now and is “growing pretty fast” in the US, Canada and UK.

“We’ll be launching in every English speaking country and we’ll raise our Series A in the next 12 months,” says Moreni. “If you think about it, every single generation in history had a tracker. At Emma, we want to become the abacus for the modern world”.