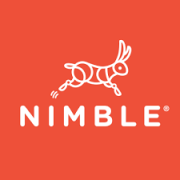 Nimble, founded in 2005, claims to be the first company in Australia to launch straight-through processing, allowing customers to receive their funds “within an hour” of the confirmation of their loan.

The firm has provided unsecured credit to more than 1.6 million Australian customers. It moved into both personal and auto loans in 2019 and has its eyes on becoming a licensed digital bank.

Gavin Slater, managing director and CEO of Nimble, says that the company knew that it needed to upgrade its technology as it sought to diversify its business model.

“We knew we’d need to update and improve our technology, to become more agile and responsive to what our customers need as we make the shift into being able to provide comprehensive banking services,” he adds.

“We’ve always had a reputation for being at the forefront of fintech in Australia, so utilising a cloud-based, customisable engine was a strategic goal from the outset.”

Nimble would likely have some stiff competition, chief among them Aussie challenger Xinja, which claimed last month that it had accrued more than AUD 100 million ($66.1m) in deposits barely 20 days after launch.

Neobank 86 400, launched in September 2019, announced that it had reached AUD 120 million in deposits in February, and that it was growing at a rate of AUD 20 million a month.

Myles Bertrand, managing director of Mambu APAC, says that the composable nature of the vendor’s systems will help Nimble stand out.

“We’re excited to see how Mambu’s cloud-native banking platform will help Nimble evolve into an innovative competitor in the alternative lending market and, eventually, in the mainstream digital banking market.”