Lloyds Banking Group has signed a collaboration deal with Google Cloud which will see the bank deploy a range of Google services to improve customer experience. 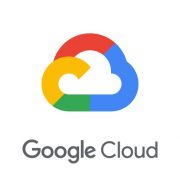 The deal is part of Lloyds’ three-year £3 billion investment in IT transformation, a project it kicked off in February 2018.

Google Cloud is deploying a range of services to “help streamline and improve the customer experience” over a five-year period.

Zaka Mian, group transformation director at Lloyds Banking Group, says the partnership will give Lloyds a strategic advantage over its competitors.

“The size of our digital transformation is huge and Google Cloud’s capabilities will help drive this forward, increasing the pace of innovation, as well as bringing new services to our customers quickly and at scale.”

The deal is not Lloyds’ first foray into cloud-based services. In January 2019 the bank announced that it would be moving 500,000 customers onto a new cloud-based core banking system provided by Thought Machine.

The bank is an investor in the banking technology firm, and partnered with Thought Machine in November 2018 to accelerate its digital transformation.

For Thomas Kurian, Google Cloud CEO, Lloyds is helping to create “the next generation of financial services”.

“Banking customers today expect secure access to their funds, without downtime, and delivered through the modern experiences they receive in other aspects of their lives.”

Google Cloud is on an acquisitive streak in 2020. It completed the acquisition of data analytics firm Looker in February, and was quick to announce the impending buyout of Dutch cloud migration firm Cornerstone.

The firm is also believed to be on a shortlist of companies contacted by Deutsche Bank over the prospect of a legacy technology overhaul.

Parent firm Google announced in February that it would be moving the data and user accounts of its British users from the EU to the US, placing them outside of robust privacy protections put in place by European regulators.

The Mountain View tech gain insists that its approach to privacy has not changed, and that UK users will remain protected by the EU’s General Data Protection Regulation (GDPR).