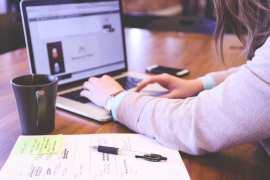 Included in the seed round – Leap Finance’s first – are Bhupinder Singh from InCred and Kunal Shah from Cred.

Leap Finance, founded in 2019 and based in Bengaluru, India, was set up as a way to help Indian students pursuing international higher education through credit and loans.

Its underwriting uses a student’s predicted future income, rather than on their existing assets or cash flow.

The start-up plans to use its new capital to initiate an aggressive expansion in its workforce in both its Indian HQ and its satellite office in San Francisco, US.

Indian students in the US can gain funding from the firm with an interest rate of 8-10%, according to TechCrunch.

“Indian students make up for 25% of a class in many top graduate programs in the US,” says Vaibhav Singh, co-founder of Leap Finance.

“Yet, the education loans they avail of are at interest rates twice as high as their American peers, which we aim to bring down.”

Singh spent six years at Deutsche Bank between 2008 and 2014 as a program trader and portfolio transition manager.

The other half of Leap’s founding duo, Arnav Kumar, co-founded GoZoomo, a used car marketplace, and started his career in derivatives structuring at Deutsche Bank.