Three banks under the New Hampshire Mutual Bancorp (NHMB) umbrella have migrated or will be migrating to the cloud hosted SilverLake core processing platform from Jack Henry & Associates. 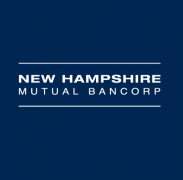 The three banks have separate charters, but share policies and procedures to “optimise efficiencies and support.”

Meredith Village Savings Bank and Merrimack Savings Bank have leveraged Jack Henry’s core platform for several years and are now shifting to the cloud-hosted variation of the system, while Savings Bank of Walpole is leaving its current core processor and converting to SilverLake.

Gregg Tewksbury, president and CEO of NHMB, says that his firms longstanding partnership with Jack Henry made it confident that the vendor was the right choice to support NHMB shift to a cloud environment.

“Since two of our banks have gone live, they’ve been able to eliminate clunky hardware and redirect resources once focused on nightly processing and other manual tasks to more customer-facing initiatives instead,” he says.

“Our shared services model is one that might attract more interest in the future, and this platform’s scalability will make it easier to expand should the right opportunity come along.”

NHMB was formed in 2013 with the “formal alliance” of Merrimack County Savings Bank and Meredith Village Savings Bank.

MillRiver Wealth Management joined NHMB in 2015 and Savings Bank of Walpole followed in 2018 as the fourth subsidiary.

The group believes that its arrangement means that decision-making can be based on the longer-term benefits to its community, customers, and employees, as opposed to the immediate needs of stockholders and the market.

“By partnering with us in a private cloud environment, the banks are reducing time spent on cumbersome hardware and IT maintenance and upkeep and allowing employees to focus on more strategic and rewarding work, like serving customers and their communities.”