SMEcorner, an Indian-based small and medium-sized enterprise (SME) lender, has secured $30 million in a Series B funding round.

Led by Paragon Partners, a German private equity investor which put in $10.5 million, the funding round – a mixture of equity and debt – also saw participation from existing investors Quona Capital – the firm which focuses on fintechs in Africa, Asia and Latin America, Massachusetts-based Accion Venture Lab, and Bollywood film producer Bharat Shah. 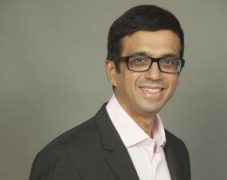 Founder and CEO Samir Bhatia, who has formerly worked for Citibank, Barclays and Equifax, has also made a fresh investment in this round.

The funds raised will be used for a “rapid business scale-up”, as well as helping form the foundations of new lending partnerships and market expansion over the next financial year. The lender also plans to issue roughly $137 million in loans over the same period.

“The additional capital will enable us to reach over 20,000 new customers and grow our distribution in the coming year,” says Bhatia. “We will [also] continue to focus on building proprietary technology which will help us serve our customers more efficiently.”

SMEcorner obtained a non-banking financial company (NBFC) licence from the Reserve Bank of India in February 2018. Since then, it’s grown its customer base to more than 8,000, spread across 15 cities and four states in India.

New investor Paragon Partners says the firm decided to back the lending start-up because of its technology, as well as because of its “granular loan book” which resiliently manages risk.

Read next: WhatsApp Pay to launch in India with initial 10m users