GFH Financial Group, the Bahrain-headquartered Islamic investment bank, has announced its acquisition of a 70% stake in Marshal, the oldest payment technology provider in the Gulf region.

Made through its investment banking arm GFH Capital, the bank’s majority stake in Marshall will see it adopt greater control over what Arabia Business calls Marshal’s 85% market share across the United Arab Emirates (UAE). 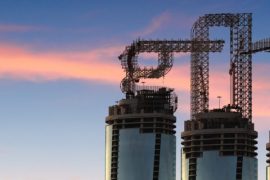 The 70% stake will be held in part by GFH itself (6.3%), with most of it being held by the group’s investors (63.7%). Marshal’s owner will hold the remaining 30%. The bank expects its investment to make a return on investment (ROI) multiple of two times over the investment period of five years.

Marshal’s founder and chairman Anil Dhar said in a statement: “Our focus together will be on the unlocking of new opportunities, expansion in our existing territories and the ongoing and vigorous pursuit of even greater innovation to […] meet the vast market and consumer demand for state-of-the-art fintech products and payment solutions.”

The buy now, pay later service focuses on ecommerce payments, a business with huge potential in the MENA region. As one of the fastest-growing ecommerce markets globally, the UAE boasts an impressive online transaction average of $144 per purchase according to a 2019 report by Visa.