The UK financial regulator has criticised Deutsche Bank for failing to improve its anti-money laundering and compliance controls and warned this could jeopardise the German lender’s access to the UK after Brexit, according to the Financial Times.

Bank of England supervisors have told Deutsche executives they now require monthly updates, instead of the normal quarterly meetings, according to people familiar with the matter. 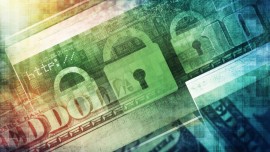 The bank’s tardiness in notifying affected clients and regulators led to concerns.

Regulators are concerned that issues are still occurring four years after Deutsche was first censured and placed under special supervision by the Financial Conduct Authority (FCA) for “serious” and “systemic” failings in its controls against money laundering, terrorist financing and sanctions breaches.

Deutsche has been embroiled in a plethora of compliance and misconduct scandals in the UK, US and Europe over the past decade, which have dented its reputation and resulted in billions of dollars in fines. Further compliance and systems blunders occurred at the start of this year; the Financial Times has learnt.

On 16 January, the German bank accidentally sent the data relating to 12,500 transactions of 500 clients to Amazon, one of its biggest corporate customers, people briefed on the error said.

Deutsche’s tardiness in notifying affected clients and regulators led to concerns internally it was close to breaching FCA principle 11, which states that firms must be “open and co-operative” in their dealings with regulators, and “disclose to the appropriate regulator anything relating to the firm of which that regulator would reasonably expect notice”.

A spokesman for Deutsche denied it had breached principle 11.

In a separate IT system failing two weeks ago, Deutsche was unable to access the UK’s high-value payments system — CHAPS — for three hours in the middle of the day, the people said. A bank spokesman said all payments were eventually processed that day.

The BoE’s Prudential Regulation Authority and FCA have been monitoring Deutsche’s progress since 2015 and placed it under special supervision a year later. They have warned the German lender that its post-Brexit reauthorisation could be pushed back if improvements are not seen soon — although this outcome is still a remote possibility, according to several people involved.

Deutsche, as with other non-British banks, uses EU “passporting rights” to operate in the UK. It is required to go through a reauthorisation process — which includes assessments of its controls and IT stability — as part of the country’s departure from the bloc. The reviews are supposed to be completed by 31 December, when the Brexit transition period is due to end.

Last year the FT revealed a separate CHAPS outage at Deutsche, which led to tens of thousands of payments worth hundreds of millions of pounds being delayed for Amazon. Deutsche also had to apologise to the BoE and admit its technology and safeguards were not as reliable as it had claimed.

Deutsche said in a statement that it has tripled the number of staff in its anti-financial crime division since 2015 and pledged €4bn to improve its controls. It added it was investing significant amounts to improve the stability and security of its payment clearing systems. “We continue to invest heavily in these areas,” the statement added. It declined to comment on its interaction with regulators but said that it was co-operating with them.

Separately, German financial watchdog BaFin has opened a special audit into Deutsche’s compliance with reporting requirements and other rules of conduct, people briefed on the decision said.

Last month, the Bonn-based regulator published a tender for an investigation in relation to an unnamed “internationally operating lender”. Sources told the FT this referred to Deutsche.

The tender has a value of €300,000 and is supposed to run over two months, with an application deadline of 16 March. BaFin and Deutsche declined to comment on the audit.

The Frankfurt-based lender reorganised its control functions last summer after its embattled compliance chief Sylvie Matherat, a former French central banker, was pushed out. She was criticised for failing adequately to tackle a stream of money laundering issues.

The German special audit comes on top of BaFin’s decision in 2018 to appoint an independent auditor to oversee the Deutsche’s improvements to anti-money laundering and terrorism financing safeguards, notably its role in the Danske Bank money laundering scandal.

Last December, Frankfurt prosecutors fined Deutsche €5m for shortcomings in its controls and confiscated €10m of earnings from controversial transactions.