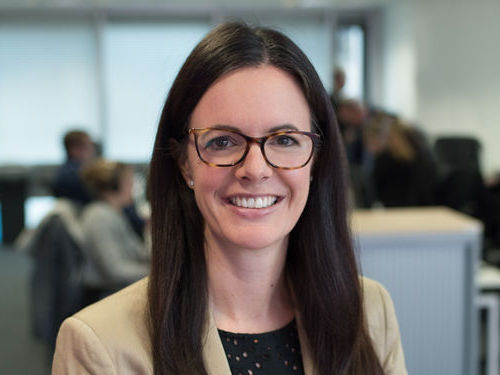 FinTech Futures talks to Sarah Porretta, strategy and insights director at the UK government’s Money and Pensions Service (MaPS), about its ambitious ten-year financial wellbeing goals and how it intends to address them.

FinTech Futures and Envestnet | Yodlee are hosting a webinar on 11 March about the MaPS Financial Wellbeing Strategy and how you can begin actioning it.

MaPS was created in early 2019, bringing together the Money Advice Service, The Pensions Advisory Service and Pension Wise. It was given the task of agreeing a simple, clear set of common goals, and providing an effective mechanism to focus everyone’s efforts. It is an arm’s-length body sponsored by the Department for Work and Pension (DWP) and also engages with HM Treasury on policy matters relating to financial capability and debt advice.

Why was the decision made to bring the three entities into one? “When dealing with issues around money, they are often interconnected,” points out MaPS Strategy and Insights Director, Sarah Porretta. For instance, someone might be trying to access their pension because of debt. Bringing together the three entities into one was about “driving efficiencies but there was also a massive customer element too”, she says.

The effort reflects concern about the UK’s standing in this area. According to MaPS, based on a 2018 survey by one of its former constituent parts, the Money Advice Service, 11.5 million people have less than £100 in savings to fall back on. Nine million people often borrow to buy food or pay bills. 22 million people say they don’t know enough to plan for their retirement. And 5.3 million children do not get a meaningful financial education.

According to the Organisation for Economic Co-operation and Development (OECD), these sorts of figures place the UK well down the rankings of G20 countries, behind France, Norway, China, Indonesia and many others.

While MaPS is an arm’s length body, says Porretta, and while there will be general economic factors out of its control that will effect outcomes, it is likely to provide evidence to create conversations about government policy. While it won’t lobby, as an external body might, “policy conversations are not off the table but the way we will do it will be quite nuanced”.

To a degree, MaPS already has that relationship with government, she adds, testing and modeling different interventions, such as related to how debt advice is funded. At present, there is a joint working group with the Financial Conduct Authority (FCA) to examine the debt financing model, with a conversation with HM Treasury likely to follow.

Its recently launched report sets out five areas of focus, with clear goals for each. In terms of education, by 2030, it aims to have two million more children and young people gaining a meaningful financial education. Here is an example of where there could be synergy with wider policies. A change in the school curriculum to incorporate financial well-being could create a huge shift, almost overnight, says Porretta.

The webinar on Wednesday 11 March, 3pm GMT, will give you advice on how to implement the strategy MaPS has outlined

A financially healthy nation is good for individuals, communities, business and the economy. Financial stress – and its knock-on effects for mental health, relationship breakdown and physical health – creates costs for hospitals and others to repair broken lives.

MaPS is now entering an “activation period” which will run for the first half of this year and will involve leaders and experts from public, private and voluntary sectors. To this end, eleven sector leaders, drawn from charities, financial institutions (Lloyds Banking Group, Legal & General Investment Management, and Capital Credit Union) and other institutions, have been announced to head cross-industry groups.

This work will result in action plans for launch in the autumn that will set out how it is intended to deliver across the five action areas and meet the intended outcomes. There will be specific delivery plans for England, Scotland, Wales and Northern Ireland.

Whatever the detail, the way forward will need to include partners. MaPS will seek to support them with a toolkit and fund delivery to consumers that will contribute significantly to the national goals.

At that time, she says, everyone was talking about “savings jam-jars” but large banks found these difficult to set up in part due to their technology and hard to make work commercially. Along came fintechs that were easily able to deliver these services to customers, she points out, and the large banks have subsequently followed. “Fintechs are ideally placed to pick this type of individual issue and provide brilliant solutions.” She sees a natural cycle whereby – as with jam-jars – solutions can subsequently scale as they are picked up by mainstream financial services companies.

In terms of positive initiatives, Porretta cites Nationwide’s Open Banking for Good. This is the building society’s £3 million challenge which was set up to help the “financially squeezed”. Its activities include working with fintechs to create apps that will solve financial capability problems. She also points to Monzo’s initiatives around mental health, including its Vulnerable Customers team and app to allow customers to share their circumstances (over one-quarter of users have disclosed that they have mental health issues). And then there are the solutions, such as RoosterMoney, that are materialising to engage young children and their parents with money, as this can have benefits in the long term.

Partners will have a significant part of play to tackle thorny issues, says Porretta. This includes workplace-related financial well-being, with employers seen as important channels for delivering change. And it includes providing the data to bring improved effectiveness, in areas such as advice and guidance.

From the Money Advice Service, MaPS inherited a financial capability lab and it has a behaviour insights team. The lab and the team can support partners to test innovations. One area that is currently being looked at is credit card statements, to provide clearly communicated options so that customers understand they can repay on a sliding scale. At present, says Porretta, it is easy to misinterpret the statements as giving a binary choice, between paying the full or minimum amounts. Would better communication encourage better levels of repayment?

At present, with one currently unnamed fintech, work is being done around blocks and controls on accounts, to introduce more “friction” such as pop-ups warnings and spending features, along the lines of those that work to stop addicts from gambling.

Porretta is keen for fintechs to understand the opportunities arising from the MaPS work, both commercial and for positive social impact. These are early days for the ten-year vision, with the activation stage only recently under way, but the goals are ambitious and there seems to be a serious and concerted attempt to tackle large and inherent societal issues.

To find out more about the UK Government’s Money and Pensions Service (MaPS) plan and how to use it, sign up for our webinar: Investing in UK’s Financial Wellbeing Strategy: 5 Agents for Change, Wednesday 11 March, 15:00 GMT.

The webinar will talk about ways to support financial health in five key areas:

Register for the webinar here.