China leads the way in adoption of ISO 20022 for payments

While Swift continues to work hard with the global payments community to prepare for a mass migration to a data-rich format known as ISO 20022, a few major economies, in particular China, are in the comfortable position of having already implemented this flexible format in most of their mission-critical payment systems.

In recent years, Swift has been using all its powers of diplomacy and gentle persuasion to coax banks and payment market infrastructures to agree upon an ambitious five-year program (2021-2025) to migrate the world’s major payments systems to ISO 20022.

This new format will impact systemically important payment systems such as the US FedWire, the UK’s new real-time gross settlement (RTGS) system set to replace CHAPS, and the EU’s TARGET2. Additionally, the complex network of correspondent banks that manage cross-border payments will be affected directly. This ambitious program will involve a period of co-existence with legacy payment formats because the timing for migrating different systems will be phased. 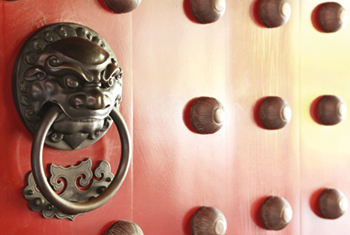 Asia-Pacific is widely considered to be the world’s most innovative region in terms of payments technology, with the Chinese market at the forefront. It should, therefore, be no surprise that in the global migration to ISO 20022, the People’s Bank of China (PBOC) published its ISO 20022 migration plan as long ago as 2011.

Furthermore, by 2013, the country’s primary payment system, spanning both RTGS and ACH payments and known as CNAPS2 (China National Advanced Payments System), was live using ISO 20022 with multiple messages. A particular advantage of using ISO 20022 in China is that the format can carry Mandarin characters as well as Roman characters, as we use in English. Usually, traditional payment formats like Swift’s MT FIN messages use Roman characters only.

China’s Cross-border Interbank Payments System (CIPS) also uses ISO 20022. CIPS launched in 2015 as a worldwide interbank payment system to encourage the use of the Renminbi, reducing costs and processing times. Later cut-off times have extended CIPS’ operating hours for payments, which makes it easier for participants in Europe to execute same-day payments. Over 800 banks from about 90 countries participate in CIPS, either as direct or indirect participants.

The settlement system has proven especially popular with banks from countries exposed to US sanctions, such as Russia and Turkey, as well as African states which are benefiting from infrastructure projects under China’s Belt and Road Initiative.

The switch to the ISO 20022 standard allows payments to carry a great deal more structured data, as well as standardizing payment formats that were previously inconsistent. Regulators like the move to ISO 20022 because it includes more information about all parties in the transaction. This additional data makes it easier for banks to comply with anti-money laundering (AML) requirements for transaction screening.  Another significant advantage is that ISO 20022 messaging increases efficiency, which results in lower cost and higher straight-through-processing (STP) rates.

The increase in information provided also reduces the risk of errors, as users can include additional payment details and references, making reconciliation easier for the beneficiary. It is noteworthy that, although Chinese payment systems are highly advanced in their adoption of ISO 20022, they do not use the Swift messaging network for their payment systems. It is thought that this is because China wants to minimize its reliance on Swift, whose governance is dominated by US and European banks. Hence China prefers to manage its proprietary messaging network, albeit using a modern international messaging standard, ISO 20022.

In addition to China’s pioneering status with the new payment format, other countries enjoying the benefits of early adoption of ISO 20022 include India and Switzerland. Furthermore, the EU’s SEPA scheme for credit transfers and Direct Debits also uses ISO 20022. Overall, the advanced position of China’s payment systems regarding the adoption of ISO 20022 is in stark contrast to other RTGS payments systems in Europe and North America, which are still deep in the planning phase of the migration program. Looking beyond payments, in the securities industry, China Securities Central Depository & Clearing (CCDC) is exploring the adoption of ISO 20022, even though Swift and the global securities industry have agreed not to lay down a hard end-date for a mandatory migration to ISO 20022.

There is little doubt that China’s reputation for advanced technology and innovation in payments is well-deserved. For example, mobile payment giants Alipay (Alibaba group) and WeChatPay (Tencent group) have pioneered e-wallets. With over one billion users each and total transaction values of $40 trillion per year, they have outstripped Western rivals in terms of integration with ecosystems, advanced technology and user-friendliness. Meanwhile, PBOC and China’s commercial banks have adopted a lower profile approach and received less publicity. Their early adoption of the data-rich ISO 20022, however, is a further example of the dynamic and innovative payments landscape in China.

By Marcus Hughes, director of business development at Bottomline Technologies