Challenger bank Arro Money to shut down in April

UK-based challenger bank Arro Money has announced that it will be closing all customer accounts on 22 April 2020. 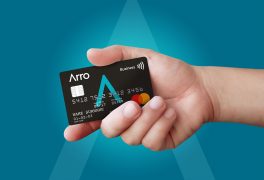 The bank’s holding company Marq Millions says that the reason behind the shut down is because it plans to move in “exciting new directions”.

Arro Money was launched in 2017 offering personalised accounts to individual customers and small businesses. It celebrated 15,000 accounts opened ten months after launch. It had planned to acquire a further 50,000 users by the end of 2019.

Back in February 2018 the challenger selected Onfido for its know your customer (KYC) and real-time identity features, which it said at the time would enable it to offer account opening in three minutes.

Marq Millions, which launched Arro Money following its gaining of an electronic money licence from the Financial Conduct Authority (FCA), has had some changes at the top.

Director Muhammed Asim, who led Arro Money as chief executive, was terminated from the board in March, following the cessation of his control of the business in January.