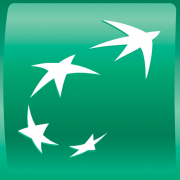 BNP Paribas will gain a unit worth €22m

According to Sabadell, its unit holds assets worth €22 billion in custody. The sale is expected to finalise in the second quarter of 2021.

The bank told the National Securities Market Commission in Spain that the sale is expected to finalise in the second quarter of 2021.

Sabadell is expecting to have experienced a net capital gain of €75 million with the closure of the deal.

The deal also features additional post-closing payments subject to the fulfilment of certain objectives linked to the volume of BNP Paribas’ income on the newly-acquired assets.

Sabadell announced in January that it would be undergoing a 10-year cloud transformation project led by IBM.

The new agreement, worth a reported $1 billion is an extension of an existing deal between the two firms and will see IBM migrating several Banco Sabadell applications into a hybrid cloud environment.

BNP Paribas is the world’s eighth-largest bank by total assets, and has a presence in 72 countries.