Hay, the Australian challenger bank which opened its waiting list last month, has formed a partnership with the cloud banking platform provider, Mambu.

The cloud provider is a popular choice among challenger banks, having already secured contracts with RBS challenger Bo, German unicorn N26, and UK’s  B-North and Recognise.

“Like Hay, Mambu is genuinely cloud-native and we feel there is a real synergy between our two companies, both having had extensive experience in navigating the UK digital banking revolution,” says Hay’s chief information officer (CIO) Jason Latham.

“Mambu is the only choice for truly cloud-native fintechs,” says Hay 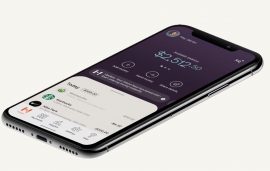 “The Australian banking and finance industry is ripe for disruption at the moment,” says Mambu

“We scoured the market and found that there was nothing comparable to Mambu’s composable architecture and working in the cloud is where we feel most comfortable,” Latham adds.

The company’s latest statement says it “is eagerly awaiting approval of its application for a Restricted Authorised Deposit-taking Institute (RADI) licence”, which will allow Hay to become a fully-fledged neobank.

“The Australian banking and finance industry is ripe for disruption at the moment, and innovative new players like Hay are seriously going to shake things up, providing a much-needed wake-up call to those banks and financial institutions that haven’t considered their digital strategy yet,” says Mambu’s APAC MD Myles Bertrand.

But questions as to how long this disruption will last do remain. Fellow Aussie challenger Xinja had to hit the pause button on its 2.25% Stash account last week, an attractively high interest rate savings account which has helped the challenger bring in most of its customers.

Due to “unprecedented” inflows of deposits (AUD 350 million ($231.2m)) and the Reserve Bank of Australia cutting interest rates to a record low 0.5%, the bank said it needed to refocus on maintaining that high interest rate for current customers.

This means growth for Xinja will slow considerably, bringing into question the longevity of the Australian challenger bank scene beyond quick-cash incentives.