ATB Financial, the bank owned by the Canadian province Alberta, has officially launched its own digital bank called Brightside.

With the help of Florida-based digital banking provider Technisys, the roughly $39 billion asset holding bank has focused on “making saving easy” with its new venture. 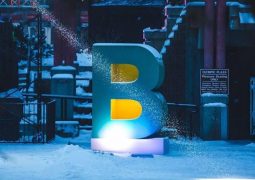 Customers can round up change into their savings – something many incumbents as well as challengers offer now – but perhaps more uniquely, users can also turn on automatic saving with a customisable schedule which lets you pick amounts to save and dates of when to save it.

“I think a lot of this [open banking and fintech innovation] would be better for consumers if banks stepped up in this space … disrupted themselves and said ‘what would it look like if we were doing the right thing for consumers?’,” Brightside’s former MD Alexandra Nuth told Betakit last September.

Nuth left the challenger just two months before launch to set up her own company ‘Now or Never Ventures’, seemingly inspired by her work directing the creation of Brightside, as the new company description says it wants to help big companies change from the inside by “tell[ing] it like it is”.

Colleen Purdy, who spent nearly ten years with ATB Financial before becoming Brightside’s senior vice president in June 2019, has stepped in as “head” of the venture, according to LinkedIn.

Last May, ATB Financial revealed that over the 2018 financial year its deposits grew nearly 10%, reaching $35.9 billion. The creation of Brightside is in line with the bank’s bigger focus on growing its deposits through better customer experience.

Last year, the bank added features to its core offering such as a guaranteed 10-minute account opening time, and retail loan application approval within hours, which it suggests are part of the reason it managed to acquire 16,000 new customers from April 2018 to April 2019.

The bank has faced difficult economic conditions as of late, as Alberta is only just “slowly getting back on its feet”, the bank’s president and CEO Curtis Stange said in its latest fiscal review, referring to the current high rates of unemployment (7%) in the region.

This climate will make it difficult to build the momentum Brightside needs to grow its initial customer base, but it might also work in the challenger’s favour as the Canadian province enters into a more conservative period of economic reform where saving is encouraged.